Nigerians have been fooled yet again-Etcetera writes 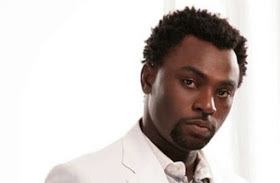 Now, the presidency through the presidential spokesman has said the promise of asset declaration wasn't made by Buhari but his political party. Jeez! These people just think say we be mumu sha… dem think say everybody for naija dey suffer from dyslexia. Shebi na dem preach say Buhari na modest man with just two houses and 150 cattle? They also said Buhari and Osinbajo have declared their assets, and it is deposited with the code of conduct bureau and the only thing needed is just verification by the bureau?

How many months does the Code of Conduct Bureau need to verify an asset of two houses and 150 cattle? Nawa ooo!!! Naija una don see una sef? Is this the "change?"
President Buhari's achievements as a former military Head of State may be many. But he has utterly failed to keep a simple promise core to the rationale for his election into office. And as the campaign promises recede into memory, it is equally clear that this administration may never provide the needed reforms that will address the most worrisome flaws in our democratic system.
I have met a lot of Buhari supporters who are finally coming to the realisation that they may have made a very bad decision in the last Presidential election. So many of them no longer seem to know why they believed that a retired military general would perform any better than the career politicians they mistrust.
President Buhari's bygone promises to run "the most transparent administration in the history of this country" have become a subject of mockery, given how he has failed in a simple task of appointing ministers.
When critics like me attacked his go-slow government, the administration defended itself by claiming the president was only taking his time.
But the problem with this administration is not only about being too slow but it has also left untouched the corrupt individuals, which means that we would continue to live under a government with significant transparency problems, a culture of lobbying that is often tantamount to sanctioned corruption, and an executive branch of government that preaches a change that no one gets to see.
Is it unrealistic to expect ambitious systemic reforms in Nigeria? Yet it remains the case that many people voted for Buhari precisely because he promised to attempt them.
I believe president Buhari can solve a lot of things … but won't. Whatever he once was or wasn't, we should accept that Buhari is now a creature of the political establishment. He is captive to its loyalties and prejudices, and committed to safeguarding its interests. I am not arguing that he hasn't or won't accomplish anything, but there are whole categories of problems that he won't try to fix.
"Change" is a mirage sold to us by Buhari and his political party to get our votes. And that's a shame. Nigerians are unlikely to support a politician making similar promises in the future because Buhari has made them impossible to believe.
Those sending messages to me at mail@etceteralive.com asking me to write on how Buhari's administration has improved electricity supply in the country should ask themselves how long president Buhari has been in office to put in place the machinery for such a turnaround. Abi rain nor dey fall for una area? Let us wait till the dams are dried up before singing halleluyah.