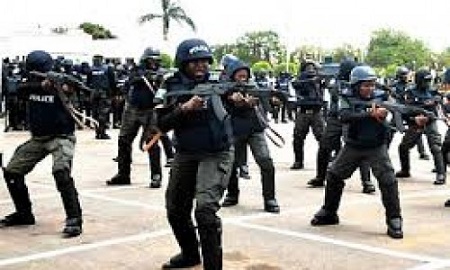 A popular hotelier, Michael Ogunnusi, the owner of Allonze Hotel on Isahwo Road, Agric, Ikorodu, Lagos State has been killed by suspected assassins, for allegedly dating the gunmen's leader. The assailants, who entered the hotel on a motorcycle, pretended that they were lodgers.

The security guard who opened the gate was said to have been tied up by the armed men. They were said to have made straight for the victim's room in the hotel and shot him dead, took his phone and fled from the hotel.

However, a source told Punch the men were four in number and brought a car which was parked outside.

He said, "While one was in the car, three went in on a motorcycle, pretending to be customers; they got separate rooms to stay. However, no sooner than they got their keys that they went to the man's room. One knocked at his door as if he was one of the hotel workers. As he opened the door, they opened gunfire on him."

Meanwhile, a police source said the incident happened around 11pm on Wednesday, explained that the suspects first tied up the gateman.

He said, "There were four of them and they spoke Ijaw language. They entered into the hotel on a motorcycle. They deceived the gateman by telling him they wanted to book a room. But immediately he opened the gate, they beat and tied him up.

"It is possible they were operating based on information from an insider because immediately they entered, they went into the man's room in the hotel.  He begged them not to kill him. He said he was ready to offer them anything, but they shot him dead. They left with his phone."

A source said the victim was killed for dating a woman that was not his wife.

The source said, "He was dating a woman that was the wife of the suspects' leader. On the night that he was killed, he was with the woman. "

The source said the woman had already been arrested by the police.

It was learnt that policemen from the Owutu Police Division removed the corpse and took it to a mortuary.

The victim's wife, Mrs. Bolanle Ogunnusi, did not deny the allegation that the victim was caught with a woman.

She said, "I am his wife and we have five children together. The hotel is closed. I don't know (if he was killed over a woman). The police have not released his corpse."

"The case has been transferred to the State Department of Criminal Investgation, Panti," he added.