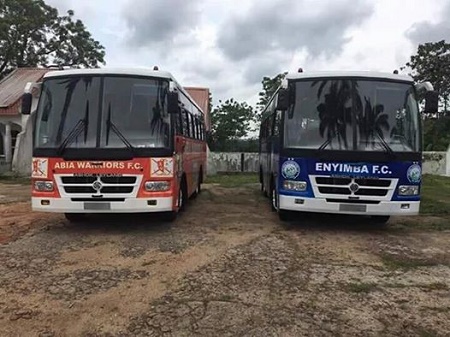 The buses according to report are part of the 'Democracy Day' gifts to the teams by the Abia State government. Also, in fulfilment of his promises to the teams; Governor Ikpeazu decided to make it count by offering two brand new buses to the teams.

The two clubs are currently doing well in the ongoing league campaign, as the current champions, Enyimba have also qualified for the money spinning stage of the CAF/Orange Champions League. Also in November 2015, the two clubs were presented with two buses, and less than one year; they are also receiving another brand new two buses, coupled with other fulfilled promises by the state government.