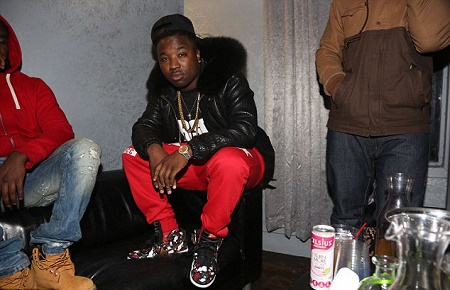 The aspiring rapper, Roland (Troy Ave) Collins, who was charged for a deadly shooting at a T.I. concert in New York claims he was the victim. His lawyer said his client should be treated like the 'real victim', even though there is video of him shooting at patrons.

He is accused of attempted murder and shooting himself in the leg during the gig at Irving Place on Wednesday.

The chaos that unfolded in the middle of the event led to one man being shot dead and three others, including a 26-year-old model, being wounded.

Police say his charges could be upgraded to murder if ballistics tests confirm that he was the one who shot Ronald McPhatter dead.

He was pushed into Manhattan Criminal Court on Monday in a wheelchair with a white bandage wrapped around his leg. 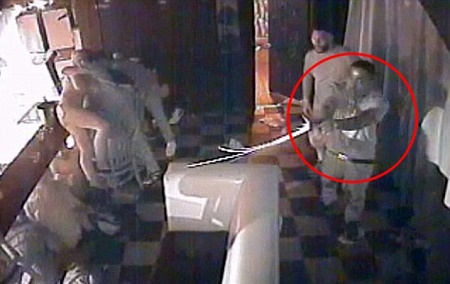 A judge held him without bail.

According to the New York Daily News, Collins; lawyer Scott Leemon told the judge: 'What really happened here is Mr. Collins here is the real victim.

Assistant DA Christine Keenan told the judge: 'This defendant is on video coming out of the VIP room where the individuals were shot. He had the gun in his hand and was seen firing that gun in the direction of fleeing patrons.'

His security guard, Ronald McPhatter, 33, was shot dead. Christopher Vinson, 34, was shot in the chest and is now in stable condition. Collins allegedly shot himself in the leg with a 9mm handgun during the gun battle.

He was arrested on Thursday at a Manhattan hospital.