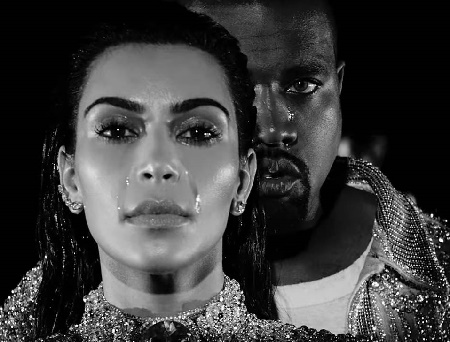 Kanye West and Kim Kardashian had a good cry in the video for "Wolves," which doubles as a visual for 'The Life of Pablo' track and an ad campaign for Balmain. The husband and wife had the same outfits they wore to the Met Gala back in May.

The video rolls out just a day after Balmain released some images from their campaign featuring the two stars. The clip also features a litany of models, as well as Vic Mensa and Sia, who are both featured on the track.