According to investigative journalist/former broadcast journalist/producer at NTA,Fejiro Oliver,Nigerian pastor Rev Chris Kwapovwe has arrested one of the ladies who works in his church for refusing to sleep with him.Below is what he wrote...

As I type, he has forcefully arrested one Rita Ibeni who refused sleeping with him using Federal SARS. He had earlier arrested the lady who was the HOD of the media department of his ODM Church of stealing equipment simply because she refused to make love to him.

He has bribed the Nigerian Police with millions to tear the lady's statement she wrote at Ogudu where he first arrested her.

The lady has dangerous evidence that can crumble his ministry hence he wants to get her down by all means. 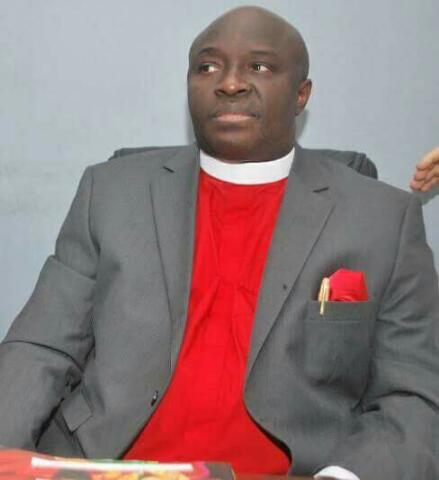 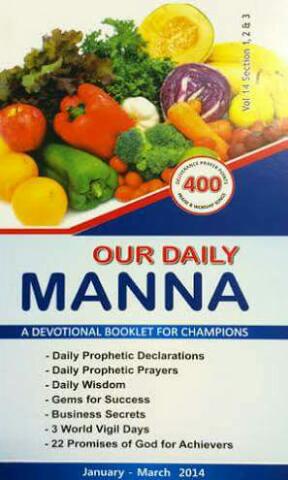 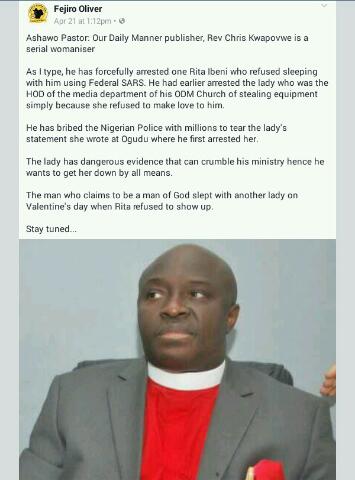 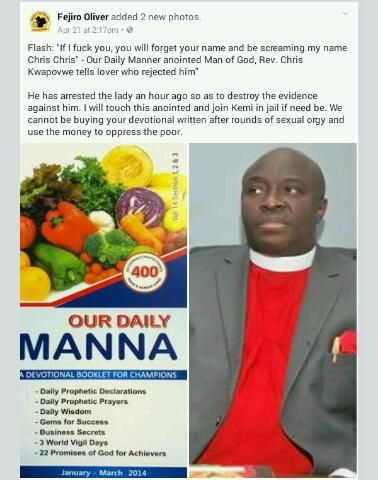