Talented Boy who Constructed NNPC Tanker from Scrap Gets Scholarship

Here's the boy who trended online after photos of his work went viral recently. The boy identified as Umar Maizaki from Gombe state, designed and constructed NNPC fuel tanker model by using locally sourced materials. He did everything all by himself.

After the pictures were shared online, it caught the attention of his state governor. He has been offered scholarship from secondary school to university level - courtesy of Gombe state government.

Gombe State Commissioner for Youth, Malam Farouq Yarma, recently hosted Umar in his office to tell him about the scholarship. Umar's design project has also been funded by the government in order for him to maximize his talent. Nice one! 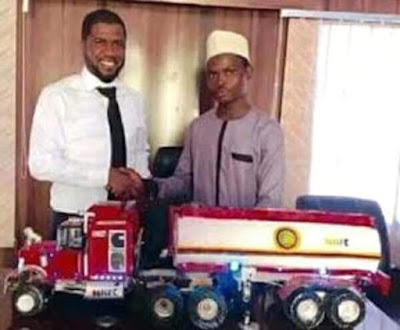 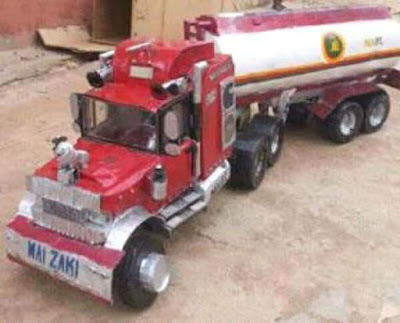 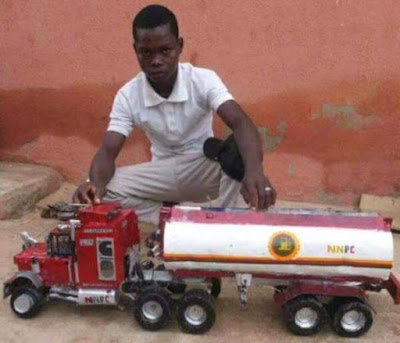