2019:Another man rides bicycle from Niger to Adamawa State to support Atiku(Photos)

Sabiu Taheer is a young aspiring and passionate youth who hails from Suleja LG area of Niger State.Just like other ardent supporters of Atiku for president come 2019, he decided to show his sincere support for Atiku by riding a bicycle to Adamawa. He started his journey from the outskirt of Suleja LG on the 14th of October 2018 at about 3.pm.

He affirmed that his move  was not for monetary purposes but to share his joy with Atiku and to also use  the adventure to express his pain over the ugly  situation of youth unemployment, women empowerment and the state of the nation.

Sabiu further noted that his journey is  also a core sacrifice for the people of Niger state especially the youths of Suleja Local Government who found their self  in an entangle situation of unemployment, school drop out and other nefarious and heinous acts perpetuated by some youths in the LG and the country at large. He is optimistic that voting Atiku as Nigeria president will usher in good things for Nigeria. 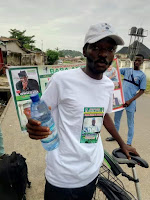 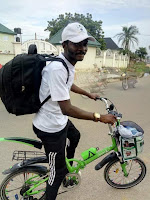 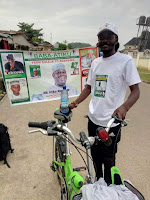 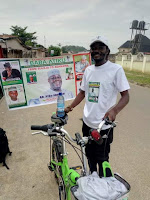 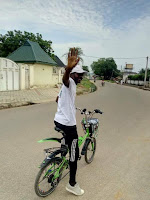 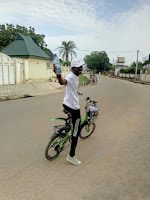