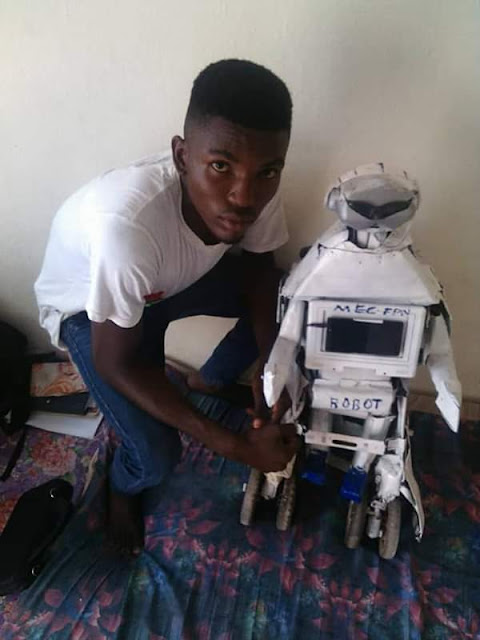 https://youtu.be/UylWM8FlZaQ
A student of Federal Polytechnic Nekede Owerri, Imo State has invented a robot.The robot wheels itself, moves its neck and hands.It is powered by engine.
Ofondu Princewill, an ND one student and indigene of Mbaitoli had this idea when he was about 13 - 14 years. His love for robots especially humanoid robots is among the inspiration he got before engaging on this dream task.
According to him, robot can achieve many tasks as well reduces human stress.He said that is one of the reasons he wants to have a robot to communicate with and also help him do his tasks.
He further emphasised that this creation could generate jobs for people in the field of electrical, electronics and mechanical engineers in Nigeria because no one could singlehandedly build such a robot without having a lot of hands on deck.
I wish him goodluck as he goes on in creating more robots that will change our future for good.
You can contact him on: 08109296939 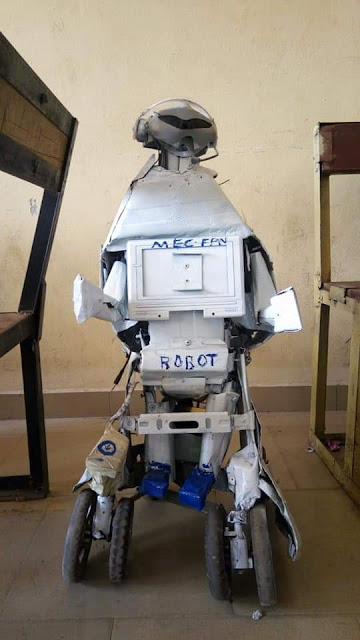