See Graphic Photos Of The 66 Fulanis Killed In Kaduna State 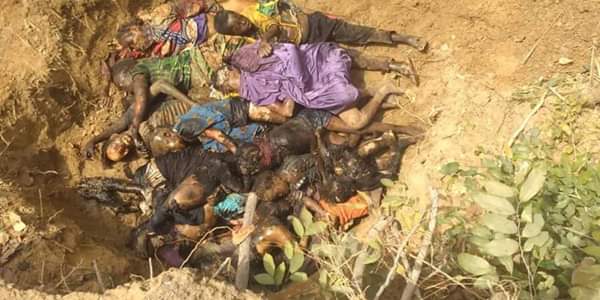 The Fulani community in parts of Kajuru Local Government Area, Kaduna State, have abandoned the area after an attack which left 66 of them, mostly women and children dead.
According to reports what remained of the Rugar Fulani community were burnt houses, animals, motorcycles, kitchen utensils, as well as bodies of women and children buried in a ditch.
Gov. Nasiru El-Rufa’i, accompanied by General Officer Commanding 1 Division Nigerian Army, the Police Commissioner and journalists who visited the villages on Saturday, found the entire area deserted with no humans in sight.
See photos from the attack as shared by Hausa Blog 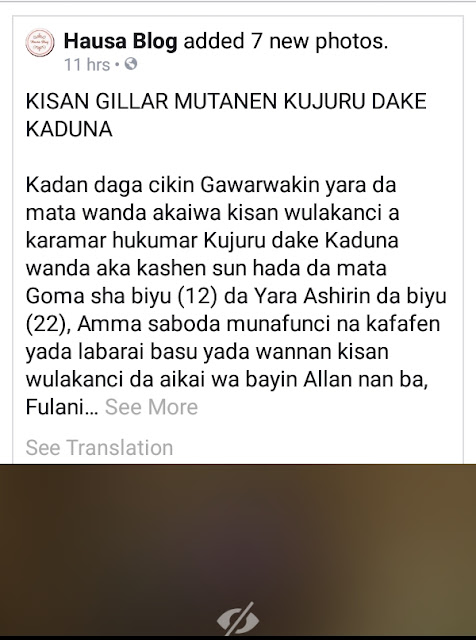 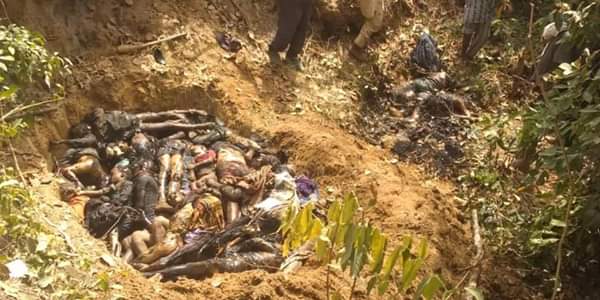 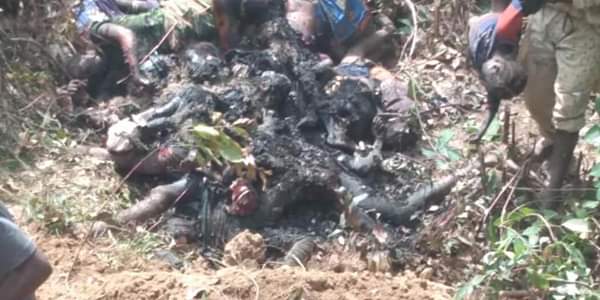 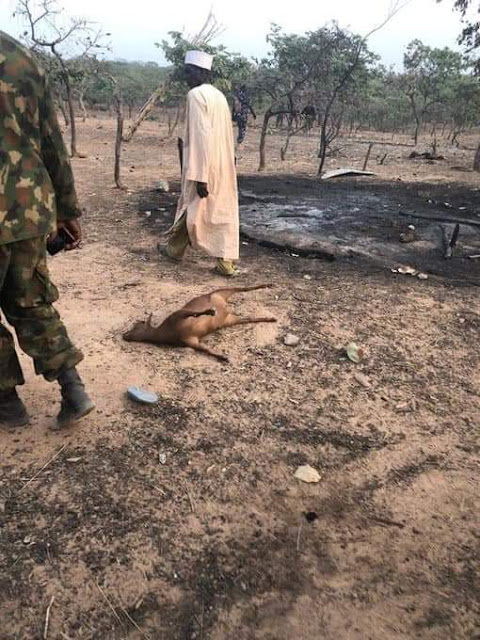 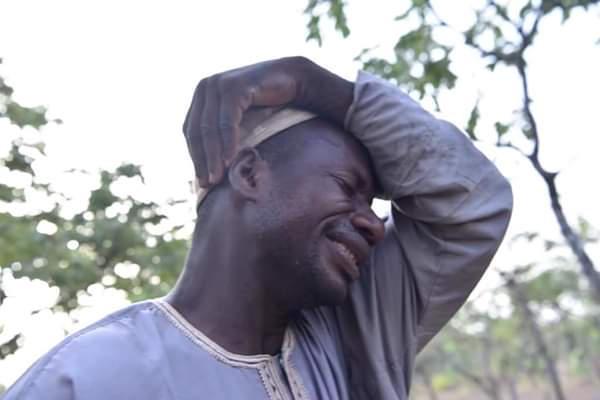 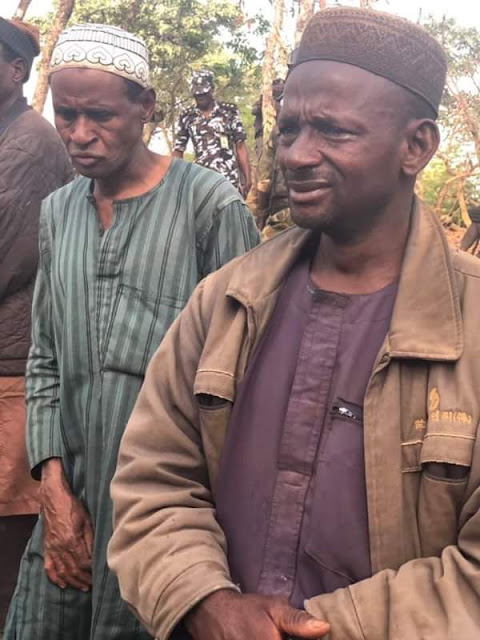 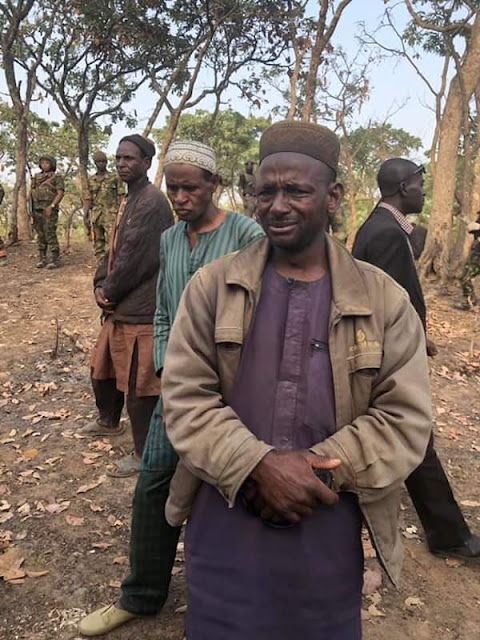