 Home   NEWS  Assailants break into the home of a businessman,kill his 4 children while he was away(Photos)

Assailants break into the home of a businessman,kill his 4 children while he was away(Photos) 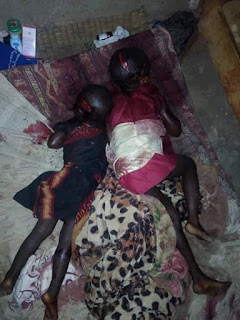 Assailants broke into the home of Joseph Tumwebaze, a businessman from Bufunjo subcounty in Kyenjojo District of Uganda and hacked to death his five children aged between a month and seven years.

Tumwebaze was reportedly on a business trip to Kasese District when assailants broke into his home and locked Gerald Akampulira, a relative, into his room,then proceeded to the bedroom where they demanded for money from the wife.

According to a report by police spokesperson Fred Enanga,Justus Balyeija, aka Yusi, and his wife Kelly Akampasa, Lauben Muhereza and his wife Sylvia Alinda, as well as Allan Turyahikayo, have confessed to killing the children in revenge attack

“Preliminary investigation indicates that the suspects hatched a plot to carry a revenge attack on the family of Tumwebaze, whom they accused of facilitating the release of his brother Godfrey Ndyanabo from jail,” Enanga said.

Ndyanabo was in 2012 charged with the murder of a one Bright, brother of Turyahikaya and Balyeija. The two were not convinced with the out-of-court settlement between the two families and repeatedly threatened avenge the life of their brother, Police said.

“The attackers traced for Tumwebaze but found when he was not around; and instead attacked the five children in their bedroom and hacked them all to death"

“They further attacked, seriously assaulted Tumwebaze’s wife and dumped her body into Kahompo river, thinking she was dead. She was, however, rescued the following morning and rushed to hospital where she is undergoing treatment.” 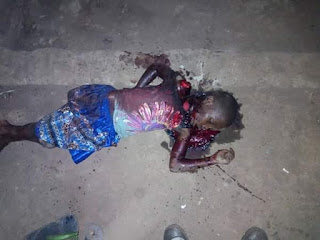 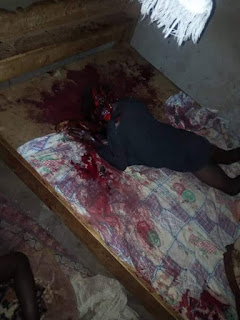 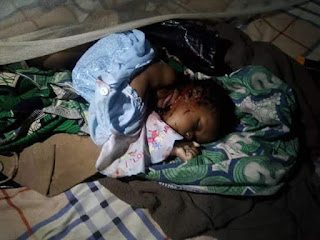