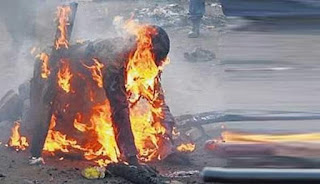 The late lecturer, who tendered his resignation letter without any justifiable reason, had not evacuated his belongings from the staff quarters before deciding to kill himself.

It was gathered that the late university lecturer had separated from his family and had challenges progressing in his carrier.

Confirming the incident in a telephone chat, Chairman of Academic Staff Union of Universities (ASUU), University of Ibadan (UI) chapter, Professor Deji Omole, who described the incident as pathetic, stated that it was a major loss to the Union.

Omole said the Union was only informed of the burning flat while efforts to save him proved abortive.

Omole urged members of the Union to confide in one another, saying isolation could deepen depression.