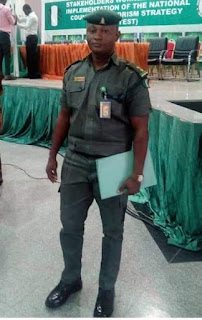 An officer of the Nigerian Prisons Service, Idongesit Williams Ntia, has been fingered in an attempt to murder an Akwa Ibom man in Uyo.

It was reported that the officer in company of two of his colleagues, attempted to kill a certain Emem Ekanim, over a minor accident which occurred along Nnwaniba Road in Uyo, last week, between a commercial mini bus and a private vehicle belonging to the said officer.

The commercial mini bus was said to have ran into the back bumper of the prisons officer, although without much damage.

Narrating his ordeal, the victim, Emem Ekanim, said he was on transit along Nnwaniba Road when he saw the said officer and two of his colleagues beating up a mini bus driver who was obviously pleading for mercy.

Just like other passersby, Ekanim
said he stopped by to intervene and pleaded on behalf of the mini bus driver who was at this time on the ground, begging to be spared and admitted being at fault.

Ekanim said it was while he was pleading on behalf of the driver that another passerby asked, who they were, he replied, prisons officers. The officer, Idongesit Williams Ntia, who was on mufti, pulled and cocked his gun, before using the butt of the same gun to hit him about four consecutive times in the right eyes.

He narrated that he was also beaten to pulp, with his clothes torn, while it took efforts of the crowd that gathered to save him.

After allegedly committing the offense, Ekanim said the officer and his colleagues jumped into his car and zoomed off. 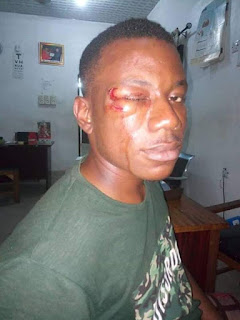 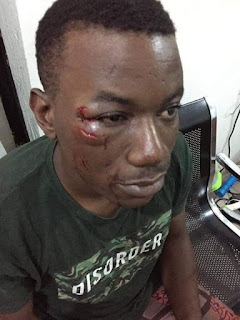 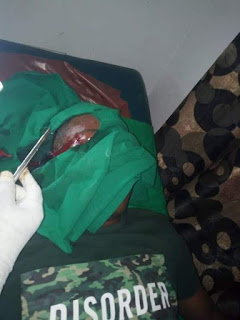