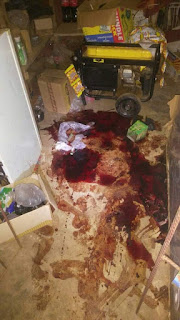 A man identified as Chukwu Ogbu took to Facebook to share the story of how his wife became comatose after his dad,an ex-police officer was assassinated.He wrote....


'My dad has being assassinated by unknown Assailants. He was shot and left in the pool of his own blood.an innocent man who served 35yrs in the Nigeria Police  & retired, they murdered him in cold blood.

My pregnant wife traumatized and unconscious after  witnessing it.This is too much for a man to bear in a single night' 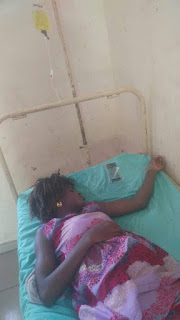 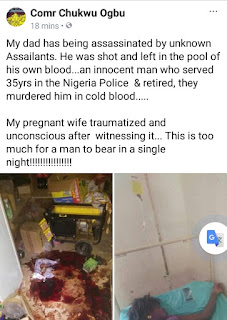 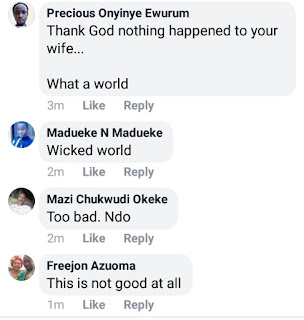 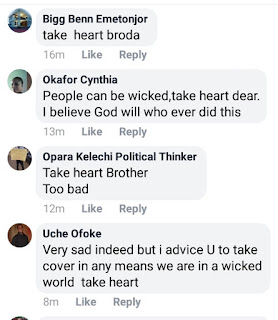