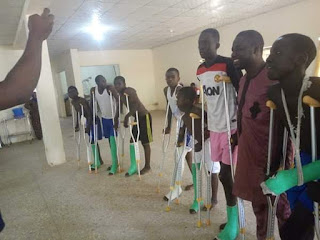 Update on Gombe Easter tragedy:
These are some of the Boys Brigade members who were highly affected by the incident that occurred during Easter in Gombe.Some were discharged  while others have been booked for operation. As we've unitely prayed for their healing so also I urge us all to continue praying for those who will be undergoing operation of different degrees.
Recall nine of the children were killed while others were injured when a driver rammed into a procession of Boys Brigade members, celebrating Easter, late Sunday night in Gombe metropolis(more here http://www.trezzyhelm.com/2019/04/corpse-of-9-boys-brigade-members-killed.html).According to report,the children were on the annual Easter Rally late Sunday night to celebrate the resurrection of Jesus Christ when an unidentified policeman and Civil Defense personnel came across them around Alheri junction on Biu road in the metropolis. 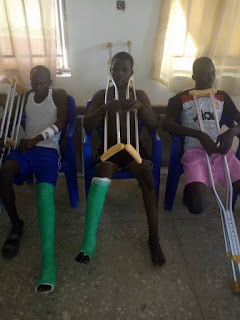 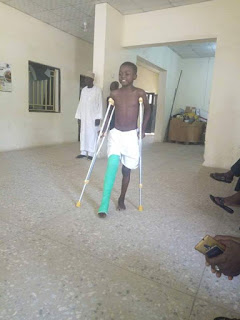