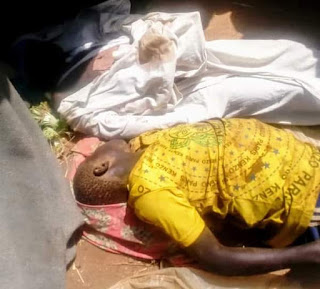 On Monday, 27th May 2019, the community of Ganawuri in Plateau State came under attack from yet to be identified gunmen
The gunmen arrived Dangwal Village of Ganawuri District in Riyom Local Government Area at about 8pm on Monday and headed straight to Lo-Gwong Du family house where they murdered 6 members of the family.
One of the family members, Lyop Gideon, a 25 year- old mother of 1 and survivor of the attack said she was avoided by the attackers because she pretended to be dead.
During the attack, Lyop’s baby also survived the attack as the attackers decided to spare the baby's life who at the time was in her  grandmother's arm. The grandmother was however killed.
Lyop's husband, Gideon Gyang, his two parents, two siblings and a cousin were all killed in the attack.
Speaking to a reporter in Jos, the surviving mother said:
"I laid flat on the ground as they opened fire, killing everyone.
"My baby yelled from my dead mother in-law's arms but she was unhurt," Mrs. Gideon said.
According to her, the family was having dinner together when the armed men attacked.
She said, "My husband was in our room few meters away from my father in-law's room where seven of us were eating.
"They shot him first, and my terrified mother in-law started screaming.
"As my husband was groaning and my mother in-law screaming, they came into the room where we were.
"One of them tried to say something in Berom language but wasn't so fluent.
"He spoke also in Fulfulde saying 'Hurut mu hilleh' after opening fire in the room but I don't think that language was standard too." 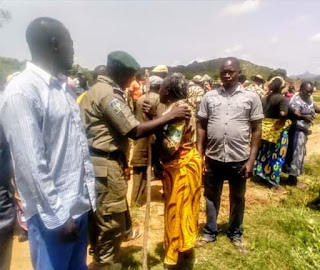 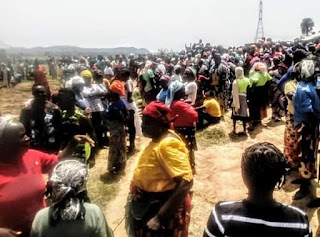 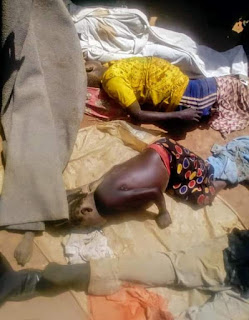