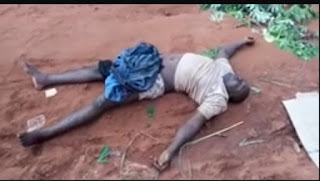 THIS INJUSTICE AND BARBARIC ACT MUST STOP IN IGBO EZE NORTH LGA IN ENUGU STATE
The dead body you see below is Chibueze from Ogrute Enugu Ezike who is a chemist at Ezetech Plaza Imufu E/E.He was invited by Aji Vigilante group to answer some questions because there was burglar incident in a chemist shop in Aji.
A suspect was arrested and he said Chibueze was one of those that he used to sell his stolen items to.Chibueze honored the Vigilante invitation only for them to demand N30,000 for bail out.He paid after after he was found innocent.However,they tortured him to death.The matter has been reported to police station. 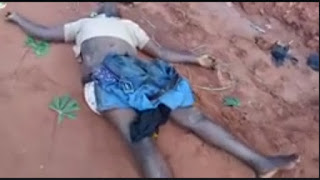 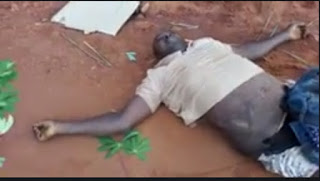 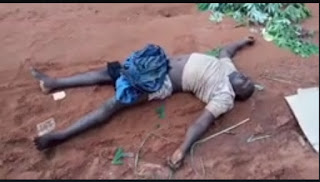 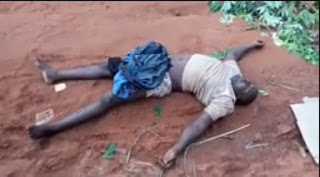 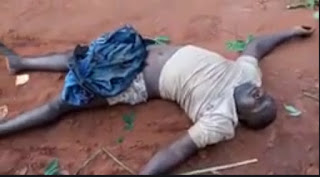 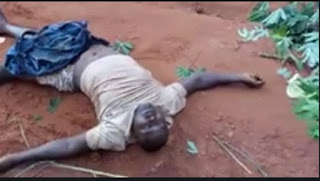