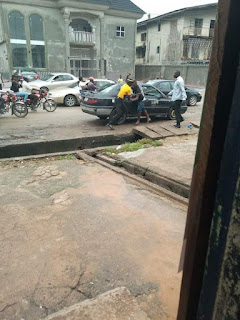 A driver today fought with a VIO in Delta.The incident happened in front of Del Rosca Hotel opposite former NEPA building.
According to report,the Vehicle Inspection Officer stopped the driver and demanded for documents in accordance to their routine check.The driver refused to comply with him.Instead,he began fighting him and almost injured him with a wood.Other VIOs joined and impounded his vehicle.
See photos below 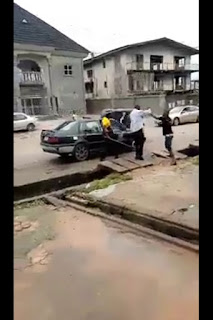 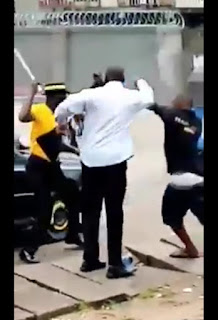 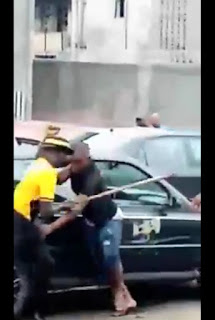