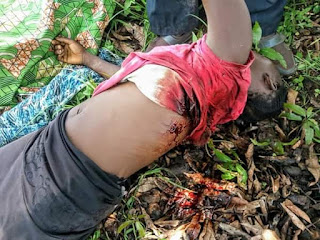 The community of Ancha village of Bassa Local Government Area of Plateau State was in confusion on 15/7/2019 as Margaret Wakili, a 27 year old pregnant woman was killed by Fulani herdsmen.
Around 7am, Margaret took some food to her husband, Wakili Ayuba in the farm, but unfortunately for him, that was the last food he could receive from his wife.
Narrating his ordeal, the deceased's husband, Wakili told Zongo Lawrence, Publicity Secretary of Miango Youth Development Association that he was at the farm with his wife when the unfortunate incident occurred.
He said:
"Early in the morning today, I went to the farm to plant guinea corn and my wife came to the farm to bring me food. After she gave me the food, she helped me in planting the guinea corn. But as we were working, she lifted her head and saw some men. She then notified me about them."
"As I lifted my head, I saw 8 Fulanis. I then told her we should run immediately. My wife was 6 months pregnant, so she could not run faster. 6 of them chased her while 2 chased me. I ran fast and crossed the river. As I crossed, I realized that they killed my wife and were shouting, 'Allahu Akbar, we have killed infidel, we need to kill more'. As I heard them say that, I took to my heels and ran faster. They shot at me while chanting 'Allahu Akbar' but I managed to escape."
"When I got to my village, our people came out and that was how I was saved."
"The Fulani who did this came from Hayin Rukuba."
Margaret is survived by her husband, two children, her parents and other relatives.
May her soul rest in peace. 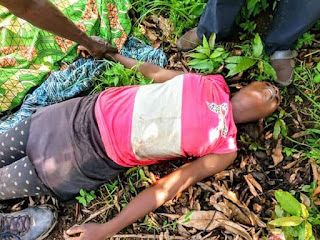 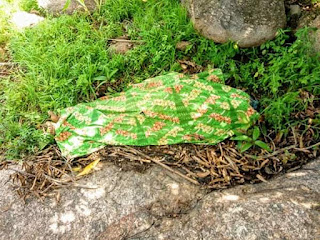