Married Lady Exposes Abuja Big Girl Who Slept With Her Husband,Gets A Car And N1m From Him(Photos) 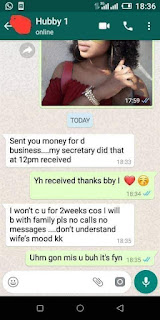 According to report,a lady who goes by IG name Onyi_blonde1(Nwankwo Faviana Onyi) who stays in Abuja has allegedly been dating someone’s husband for 3years.According to the man's wife, the man stopped her from working after their marriage and also refused to open a business for her.Unknowing to her, the husband has a side chick he has been spending on,booking hotels every weekend for their enjoyment but care less for her and their children.
Recently the man bought the side chick a car on her birthday and gave her  N1 million to start a skincare business.
Onyinyechi said in her Instagram post on her birthday that she worked hard to get the car. She also claims to be a self made hustler.
So back to the story.The lady said she has been suspecting something lately so she decided to check her husband's phone and that was how she saw their conversations.According to her,she is not worried if he has a side chick but the husband has been claiming that things are not going well but he gave  N1 million to the lady and also bought her a car on her birthday.She said the gesture shattered her.
She chatted the so called Onyiblonde and the girl denied knowing what the woman was talking about.The lady angrily went and printed her pictures and pasted it all over Abuja “HOME BREAKER “ Onyi Faviana”.
Right now she said she doesn’t care about the marriage anymore.She’s going to deal with the girl so this is the beginning of the war.Her husband is yet to find out.
The Onyiblonde was recently spotted with Regina Daniel's hubby.Social media users have been advising Regina to be careful with her husband because of power of yansh. 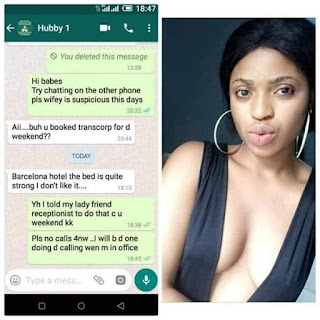 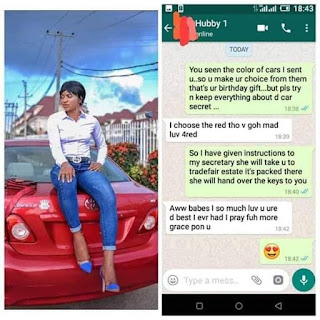 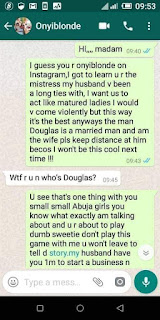 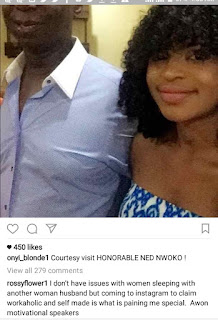 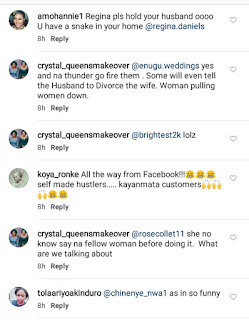 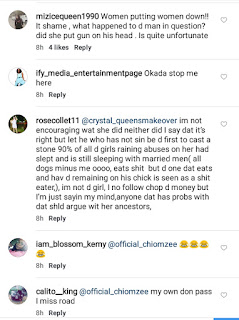 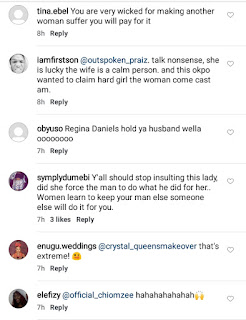 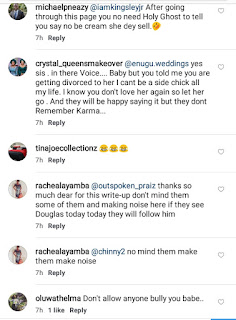 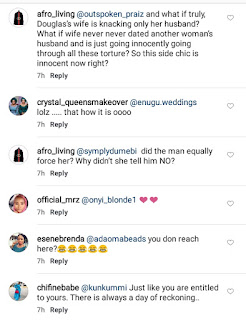 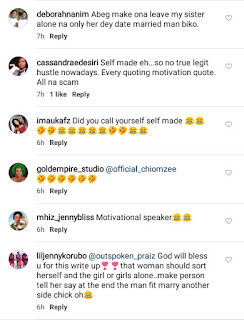 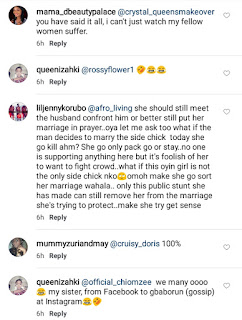