Welder Lures Okada Man To His House In Minna,Kills And Bury Him(Photos,Video) 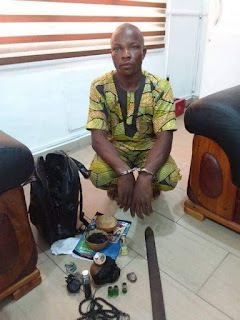 https://www.instagram.com/p/B2bIOSRhXyv/?igshid=12ne5age6aooa
AND HE KILLED FOR VANITY..
People know him as a hardworking welder. He fabricates doors, windows and gates for the public.
People were oblivious of the fact that he is a monstrous vermin hiding in sheep garb.
The man people know as a legitimate hustler lured an innocent Okada rider who was out for his daily bread into his uncompleted building and did the unthinkable.He  butchered the poor Okada rider, decapitated his head, private part, ripping out his intestines and buried the remains in a shallow hole.
The vigilant neighbors noticed the man's suspicious movement, inquired with questions, lo and behold they unearth the heinous crime against humanity.
Other Okada riders got wind of the terrible news and mobilized to the scene to pass judgment on the devilish culprit.Fortunately for them, the police had already taken him into custody.
The anger was unleashed on his butchery uncompleted building and his camouflage business spot, bringing everything down and took to the streets to protest.
This gory incident took place in Minna, Niger  State.
See photos below and watch the video on the link above 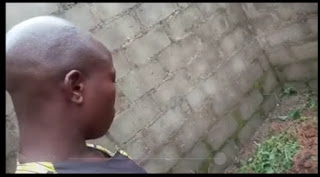 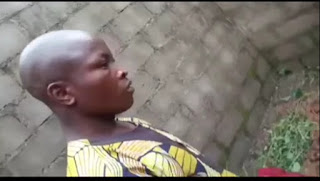 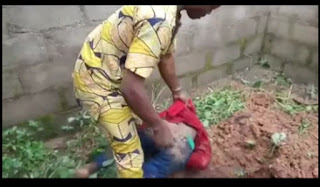 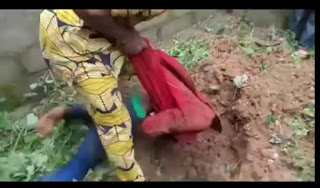 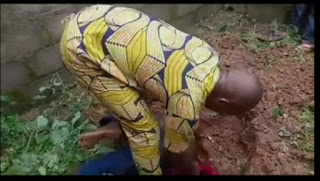 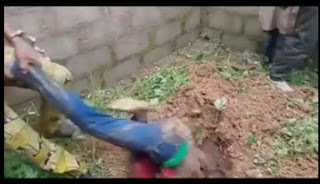 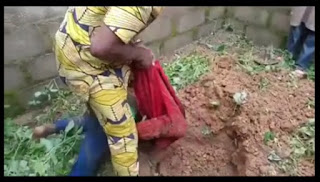 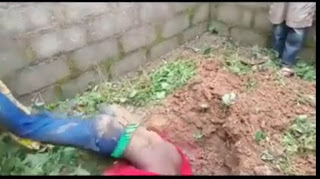 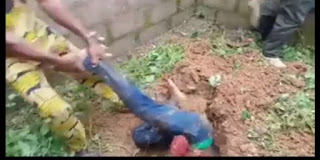 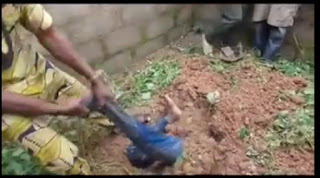 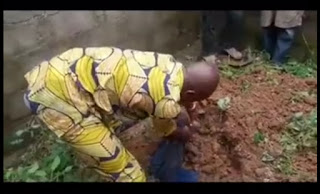