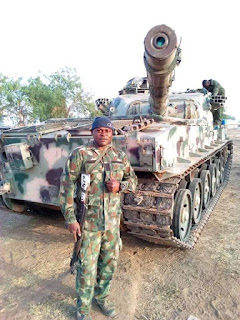 This is to inform Government College Makurdi the class of 95 of the tragic & untimely death of their classmates Princewell Terhemba Iyo who serves with the Nigerian Army, 82 Div Enugu but deployed to Maiduguri as a special force to combat  Boko Haram in Borno State.
Until his death, TERHEMBA IYO came home (Benue) on a two weeks pass (break) in order to continue work on his personal building and relocate his mother & make her more comfortable.
PRINCEWELL TERHEMBA IYO left on the 8th of September, 2019 with the hope to return & complete the building.He was killed in a fierce attack in Borno State on the 12th of September, 2019 & his decaying remains found 5 days later on the 17th September, 2019.
According to reports, his colleagues retreated & whispered to him to do same tactically due to insufficient armoury to sustain the long engagement at the war front with Boko Haram.
As a soldier that he is, you have to obey the last command even without ammunitions.
He is survived by his wife with two kids & an aged mother. LATE PRINCEWELL TERHEMBA IYO was the only son. 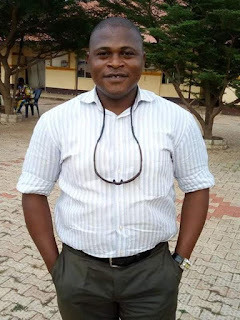