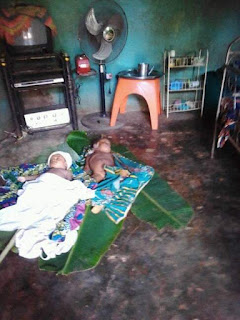 A mother today killed her 3 children in Awo Idemili,Imo State.According to her mother in-law, the woman in question told her husband Emeka Ajoihe to go for a vigil while she stays at home with the children and immediately the husband left for the vigil  she locked the door.
Before the husband could return from vigil at about 12pm,she has stabbed her 5 to 6 month baby,her 2yr old daughter and 3yr old daughter.The baby boy of 5 to 6 months and the second daughter were already dead when he came back but the third daughter was rushed to the hospital.Unconfirmed reports say that the third daughter has also died 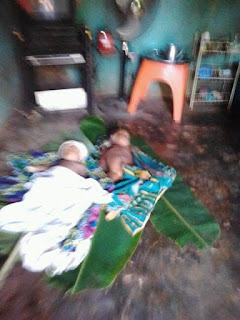 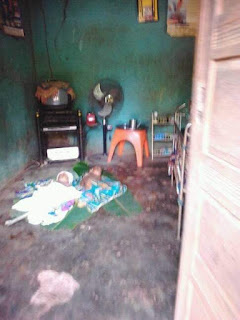 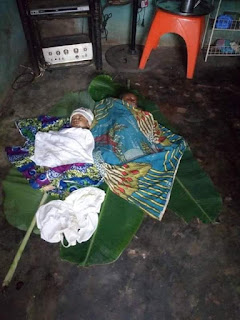