MAN KILLS HIS BROTHER IN ABIA(PHOTOS) 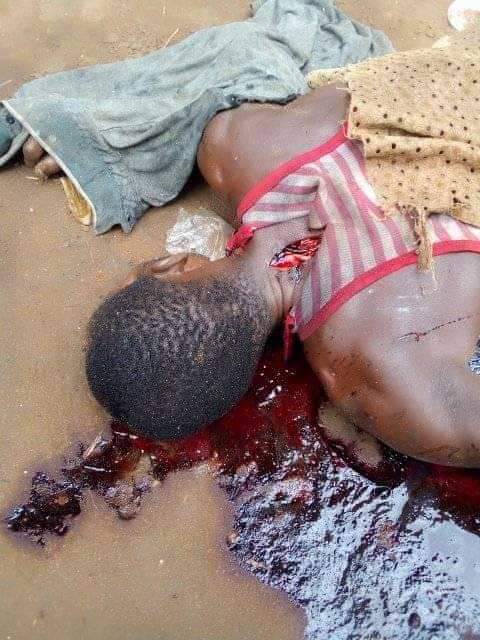 A man identified as Mr. Chinaedu Omeonu who hails from Mgboko Umuoria Autonomous Community in Obingwa Local Government Area, killed his cousin brother.
According to information reaching me, Mr. Chinaedu Omeonu inflicted a very deep cut on Mr. Solomon Monday Orji who happens to be his cousin brother and the cut was what led to the death of Mr. Solomon.
Reports gathered have it that the son of Mr. Solomon Monday Orji went to Mr. Chinaedu's house to pick some mango fruits and Mr. Chinaedu out of his hatred for Mr. Monday Orji's family flogged the little boy mercilessly to the extent that the boy fainted and was unable to go back to their house.
When Mr. Solomon heard what happened to his son, he rushed to Mr. Chinaedu's (owner of the mango tree)  house to ask him why he flogged his son mercilessly to the extent that the boy couldn't work again just because of mango fruit.
Mr. Chinaedu was very harsh on him and after exchanging words, Mr. Solomon carried his son home. According to eye witness, on his way going back to his house, Mr. Chinaedu went inside his room, picked a cutlass and rushed Mr. Solomon to his house, before Mr Solomon could turn back and know what is happening, Mr. Omeonu had already cut him mercilessly from his back and life was not left any more.
According to those around, Mr. Solomon died instantly at that point and everyone where all in tears. As at press time, the youths and people of Mgboko Umuoria apprehended Mr. Chinaedu (the murderer),  tortured him and was about handling him over to uniform men. 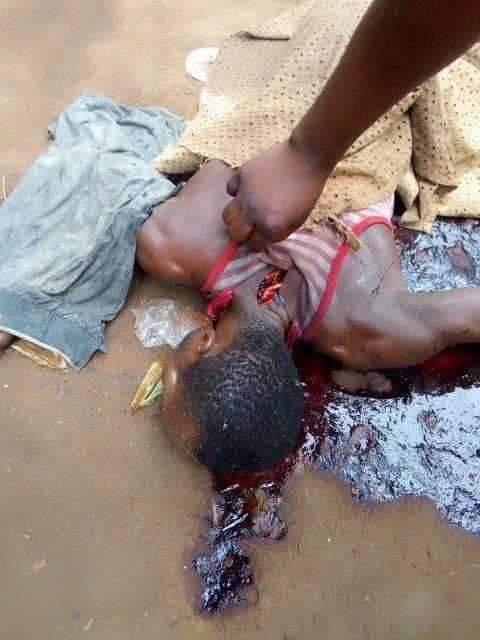 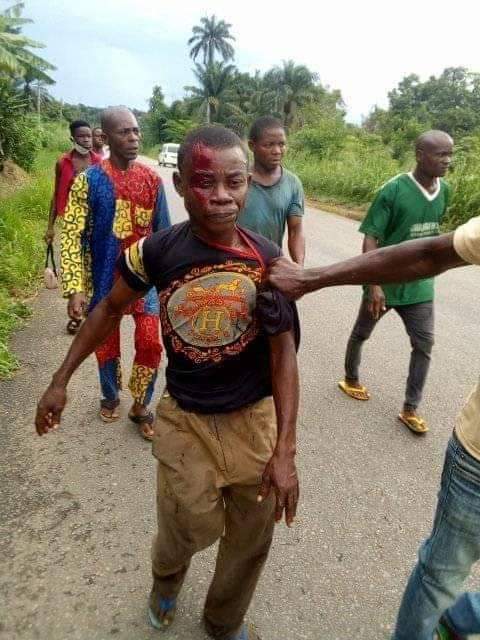