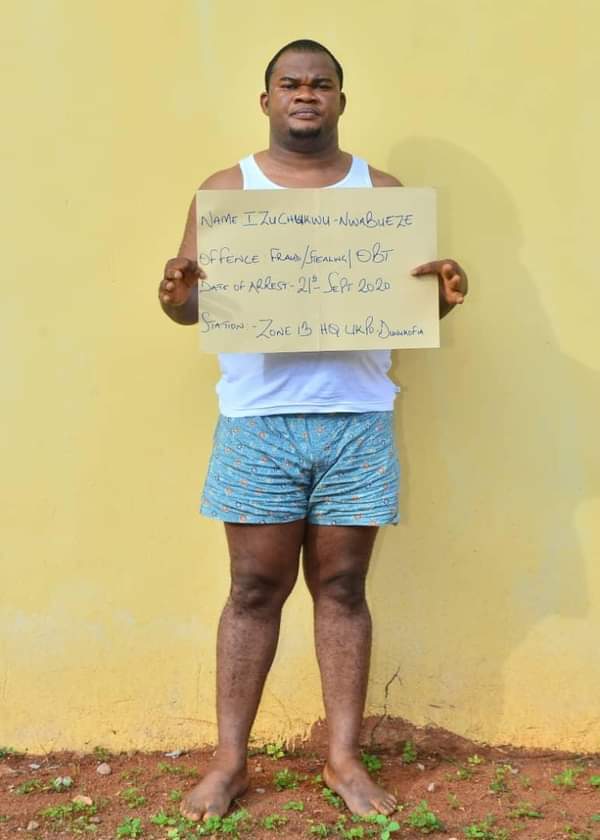 Controversy Brews At The Anglican Diocese Of Awka
'You Are A Fake Man Of God Who Worships Only Money" - Anglican Knight Blasts Bishop Ibezim Of Awka Diocese Before Resigning From The Knighthood.
A knight of the Anglican communion has resigned after making serious allegations against the Bishop of Awka Diocese His Grace, The Most Revd, Dr Alexander Chibuzor Ibezim.
According to the Knight, Ichie Sir Izuchukwu Nwabueze, the Bishop of Awka Diocese has abdicated his primary responsibility of shepherding the flock of Christ and has instead resorted to abusing his office by engaging in partisan politics and prioritizing money above God.
Ichie Sir Izuchukwu stated that he will expose the dirty dealings of the Bishop in the coming days in the bid to sanitize the church and purge the clergy off bad eggs who are hellbent on dragging the name of the church to the mud in the name of politics.
In his words
"I had to resign from the knighthood of the Awka Diocese so that I can be free to expose the rot in the house of God".
Update:
Here is the man that resigned as a knight of Anglican Church, Awka. Police said he posed as an aide to the AIG Zone 13 Ukpo and used same to extort many people.
PRESS RELEASE:
POLICE ARRESTS FRAUDSTER DEFRAUDING MEMBERS OF THE PUBLIC CLAIMING TO BE CHAIRMAN OF PURPORTED ZONE-13
STAKEHOLDERS FORUM.
In an effort to nip fraudulent tendencies in the bud, operatives attached to Zonal CID Zone 13, Ukpo have arrested one Ichie. Sir Izuchukwu Nwabueze M aged 35 of Ukpo Dunukofia L.G.A who has been posing as an aide to the Assistant Inspector General of Police.
Impersonation that gave him opportunity to defraud unsuspecting traders and bourgeoisies in Anambra State of their hard earned money.
The suspect who had pretended to be raising funds for the furnishing of an unknown Residential Quarters and for the installation of a Sound Proof Generating Set for the AIG Zone 13 Ukpo, cornered Hon. Sir Chris Okeke, High Chief Nwaigwe, Daniel both of G20 Foundation Awka, and collected a total Sum of seven million, three hundred thousand Naira(N7,300,000) from them.
The said suspect, Chief Izuchukwu Nwabueze also obtained with false pretence from the following persons:
(1)Sir Chidi Igor Okoye N240,000 (2)Benson okoye N185,000
(3)umugama village N100,000
(4)prince okoyeze N100,000
(5)Hon Sir Chukwudi Okeke N210,000
(6)Prof Anika Sylvanus N50,000
(7)Chief Nnamdi Egbuha Gas cylinder
(8)Engr Ndubuisi Onwuakpa, One horse power Air Conditioner.
(9)The Suspect also defrauded the sum of N1,000,000 from one Ifeanyi Umeh Lovelyn on behalf of the Anglican Bishop of Awka; Alexander Ibezim.
The suspect had also approached Mr. Akunwata Chuka Modebe Esq to join him in the forum he created to support the creation and activities of the newly created Zone 13 Police headquarters and allegedly convinced him to pay the sum of 1million naira on the 1st of September 2020 which he did to his Fidelity bank account.
In the same vein, he also approached, one Mr. Stanley, the CEO Brost Global Resources and collected the sum of N500,000 from him to allegedly enlist him in his Stakeholders forum,  another N370,000 to purchase an IPad for the AIG, and yet another N1,150,000 for the furnishing of the office of the Personal Assistant to the AIG and when Stanley requested for the refund of his money, the said  Izuchukwu gave him a Fidelity bank cheque of N1,150,000 belonging to CHRISKWIK VENTURES LIMITED of 32 ISA WILLIAMS STREET, OKEARIN, LAGOS STATE which he presented to the bank but was bounced.
Meanwhile, the suspect has voluntarily confessed to the crime, while investigation is still ongoing after which suspect will be charged to court.
The AIG Zone 13 Ukpo,DanMalam Mohammed Psc,fdc is using this opportunity to implore members of the public who may have been defrauded by the said Ichie Izuchukwu Nwabueze to report to the Deputy Commissioner of Police incharge of Criminal Investigations Department, DCP Echeng Echeng just as he cautioned the public to be wary of this new trend of criminal activity and report suspicions actions or persons through the Zone’s emergency number 08060463492 or the nearest police station or Command for prompt response please.
DSP NWODE NKEIRUKA (ZPRO)
FOR- ASST.INSPECT GEN-OF POLICE,
ZONE 13 POLICE HEADQUARTERS UKPO, ANAMBRA STATE 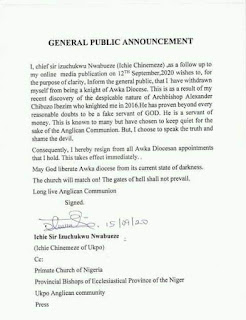 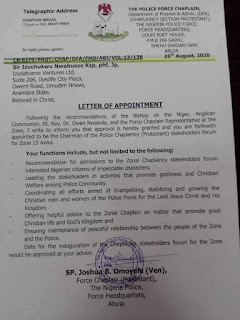 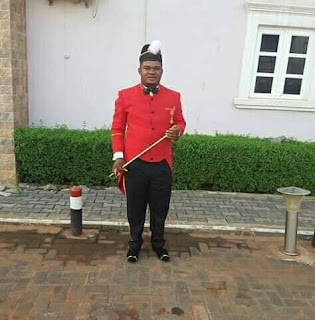