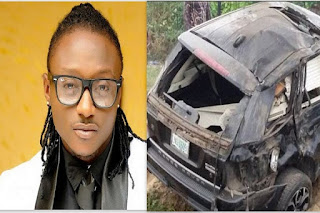 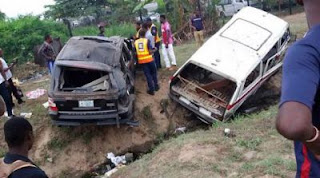 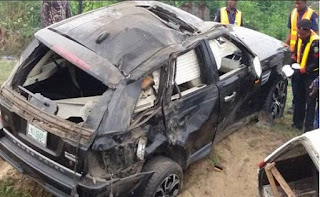 Nigerian singer Terry G  was today involved in a ghastly car accident in Lekki.The terrible accident happened around 6am in the morning of today .
According to an eyewitness,the crash happened when Terry G was on his way back from a night club between the 1st and 2nd roundabout in Lekki.

His new Range Rover Sport veered off the road and landed in a gutter along with a commercial bus. The car was completely damaged.Speaking further,the source said Terry G alongside other people in the vehicle were unhurt except the driver who was injured in the incident.
It should be recalled that in 2010, Terry G survived a car accident when his Toyota Camry ran into a road demarcation around Chemiron, close to Sunday Market, in Ogba, Lagos.
Loading...
">
Newer Post Older Post Home
Comment Form is loading comments...