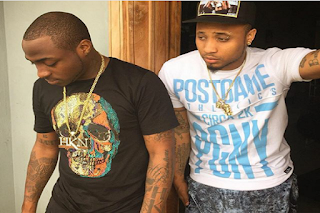 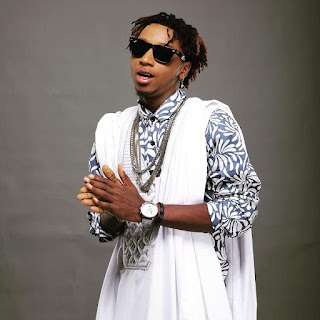 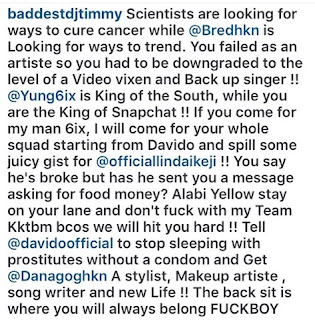 It is fast becoming a full-blown war between rapper Yung6ix's camp and HKN gang, all thanks to Davido's relative, the rapper B-Red, who threatened to beat up Yung6ix for unknown reasons.
Two days ago, B-red posted a clip on Snapchat, accusing Yung6ix of being broke and wearing fake jewelries, before proceeding to make threats.
"I am going to fuck you up," B-red ranted at Yung6ix, unprovoked. "I will fuck you and your crew up!"

Now, Yung6ix's partner, Baddest DJ Timmy, has replied B-Red calling him a failed artiste that he has been reduced to a 'video vixen' and 'back up singer'. And that's not all. DJ Timmy short darts at HKN boss Davido, threatened to leak his secrets and accused him of sleeping with prostitutes.
See his rants above