'The kid star’: 2baba Idibia’s son Nino set to make his debut performance as a saxophonist 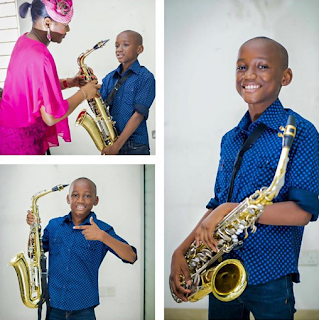 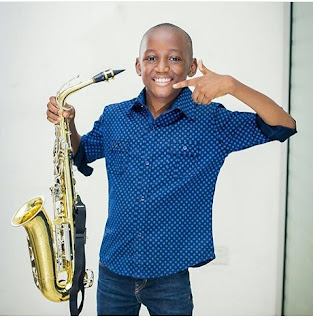 In January, 2baba Idibia's son, Nino, shared photos of himself practising his saxophone on Instagram, where the handsome 9-year-old is described as a 'model, rapper, saxophonist kid star.'

Now the eldest son of the iconic singer is set to make his debut performance.

In new photos shared on his page and on his mother Sumbo Ajaba's page, Nino announces that he will be performing at his mother's Inspiring Change Convention which will be held on March 5, 2016.