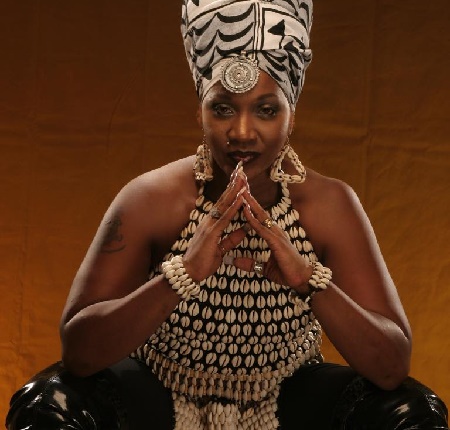 "In the beginning it was the women, my gosh. Women everywhere. Charles is a charmer. Before we got married, Charles already had 7kids from his away matches and the women he married that didn't workout. His stubbornness was sometimes obnoxious.

"During his hay days as a performer, his acts were sometimes so overboard that I will refuse going on stage, doing his background vocals and we always argued/quarrelled about that. But as the years rolled by I found ways of calming him down, and curing my high blood pressure.

"I later found out that the women were more for his hypes and mascots, like the charlys virgins. Charly is a drama king, na wa. One thing I knew from the beginning was that my husband always wanted to be a family man. His pedigree and upbringing put him on the straight and narrow part regardless of his rebellious streak, after all, he grew up seeing both parents together for sixty something years before papa passed on. Much later the women thing toned down drastically.

"In the beginning I wasn't too sure how to deal with all his children from deferent women, but trust charles he knows how to put his family together. That's how I overnight became a mother of 9children including my last three. The only thing that he still does that pisses me off till tomorrow is his silence, when he is angry about something. He will lock himself in his room and may not talk to me for a few days. I can't deal with that because we talk all the time our communication is on point. He always says he doesn't want to hurt me by saying the wrong things when he is angry.

"Charles is a big introvert like his father, I am an extrovert and I have learnt to calm my extroverted nature down because of him. Otherwise, Charles is the best thing to happen to me and I thank God for that. I am grateful."