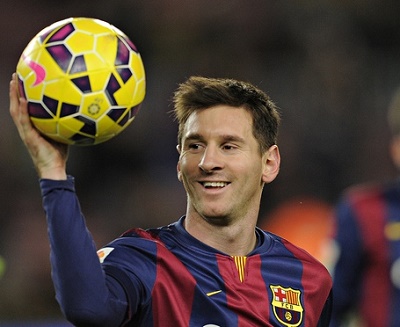 The trial of Argentina and Barcelona footballer Lionel Messi on tax fraud charges has begun in Spain. Messi and his father Jorge, who manages his financial affairs, are accused of defrauding Spain of more than €4m (£3m; $4.5m) between 2007 and 2009.

The authorities allege that the two used tax havens in Belize and Uruguay to conceal earnings from image rights.

The Spanish tax agency is demanding heavy fines and prison sentences. They deny any wrongdoing.

The trial is expected to last for three days, with Messi appearing in court on Thursday.

The income related to Messi's image rights, including contracts with Banco Sabadell, Danone, Adidas, Pepsi-Cola, Procter and Gamble, and the Kuwait Food Company.

Messi's lawyers had argued that the player had "never devoted a minute of his life to reading, studying or analysing" the contracts.

But the high court in Barcelona ruled in June 2015 that the football star should not be granted immunity for not knowing what was happening with his finances, which were being managed in part by his father.

Messi is the five-time World Player of the Year and one of the richest athletes in the world.