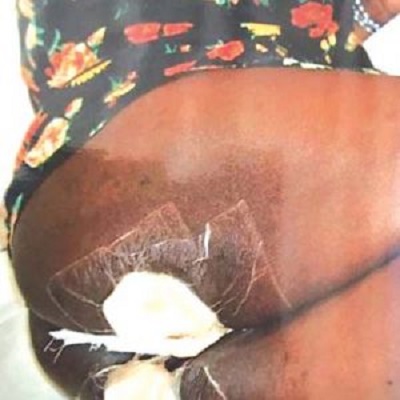 A Nigerian lady, Julie Osamese, who lives in Italy had her kidney illegally harvest in a hospital in the country in 2008. She felt a little feverish when she walked into the Ospedale Maria Vittoria Cibrario Hospital in Turin, Italy sometime in November 2008. Her only complaint was a slight increase in body temperature, and that she explained to the doctor who attended to her. Tests were conducted, following which she was given medication to use and instructed to return for evaluation after a week.

But her second visit to the hospital could be described as the greatest mistake of her life. For this Nigerian lady, it marked the beginning of years of woe. It was the beginning of years of trauma during which she was moved to six other hospitals. She eventually ended up in a mental home, despite being mentally stable. Some of the hospitals Osamese was taken to include Amedeo Di Savoia Svizzerra and Ospedale San Giovanni Bossco.

According to the chairperson of the House of Representatives Committee on Diaspora Affairs, Rita Orji, who recently led other members of the committee to investigate Osamese's disheartening story, the woman, in her 30s and a legal immigrant in Italy, was, on her follow-up visit to the Ospedale Maria Vittoria Cibrario hospital, given drugs which made her dizzy. It was gathered that as she complained to the medical personnel who attended to her, she was tied to the bed despite her protests. By the time she woke up, part of her buttocks had allegedly been chopped off, and her kidney tampered with. That was how she lost control of her bladder, leading to uncontrollable urination, it was gathered.

Narrating the inhuman treatment meted out to Osamese, the lawmaker said: "After taking the drugs for one week, she came back to report how she was feeling. On that day, she was asked if she came to the hospital alone, and she said, 'yes' innocently without knowing the reason why that question was put across to her. That marked, the beginning of her paralysis. She was asked to lie down that they were going to give her some medication. Within two, three minutes, she was approached with a mixture in a cup and she drank it, believing that it was for the fever she complained of. But she became dizzy and she was telling them how she felt. But they said there was no problem.

"Suddenly, the team of doctors came around and tied her legs and her hands on the bed and she started shouting, 'why are you tying me'? She said one of the doctors responded that she could shout at the top of her voice, but that nobody would know what was being done. That was how they faced her down and gave her injection on her base bone. After the injection, she passed out. When she finally regained consciousness, she saw that the lower part of the buttocks on both sides had been chopped off, to the extent that the bones  in her buttocks had cracked and she saw the pieces of the bones. Also her bladder was disengaged from the source with urine pouring out uncontrollably. In fact, she woke up on a catheter and a big plaster by the region of her kidney.

"They started moving Madam Julie from one hospital to the other. It is the norm that when you are being transferred to any hospital, the ambulance in which a patient is transferred goes with a medical report. But in Julie's case, nothing like that was done. They dumped her into one ambulance to drop her in one home or the other without attaching her medical history. They kept her, thinking she would die. At a stage, she was only living on prayers. They finally dropped her at the seventh medical Centre. During our investigations, I asked what the reasons for moving her from one place to the other were. There is no answer to that. What they were telling us is that she is mentally Ill. She is diabetic. But I want to tell you that all these stories are unfounded. No one has the confirmation of these health conditions they told us she suffers from based on medical ground.

"On our arrival at that place, we conducted a test and found that Julie is not diabetic. The scan that was carried out on her, and we have the result, shows that her kidney was tampered with. This is what the woman has been shouting about for the past eight years, and nobody seems to believe her. Today it is Julie, tomorrow I don't know who it will be. On their final stop, they dumped her in a mental home, a woman of thirty something years, dumped in a mental home that harbours old men and women that are demented."

Also corroborating Orji's story, another member of the committee who represents Itu/Ibiono Ibom federal constituency, Henry Okon -Archibong, a medical doctor, explained that Osamese can never walk again, no thanks to the havoc inflicted on her.

"From what happened, they might have tried to give her anaesthesia before they harvested the kidney. In doing that, they damaged the lumber and sacred nerves. So, there is no way Julie can walk again. Julie has been paralysed and the issue of walking has nothing to do with what we are calling for. She has to be compensated, the medical doctors that participated in what led to her current situation have to be dealt with as the law permits," he said.

Indeed, the committee is demanding that the Italian government investigate Osamese's case with a view to fishing out the medical personnel whose highly unprofessional conduct led to the loss of one of her kidneys and her permanent confinement to a wheelchair. The lawmakers are also asking for the highest form of compensation and a complete rehabilitation of the mother of one, who they said have been the subject of several protests by the Nigerian community in Italy.

Orji declared: "The action that will satisfy us as lawmakers starts from the whole world condemning the injustice meted out to an innocent person. We are saying that there should be a holistic compensation and a new medical team should conduct an analysis of Madam Julie's situation and proffer the best way to get her life back on track. She has lost hope on the medical doctors around her. So, I will advise that they have to look for another medical team that are not from Turin to carry out this job."

The lawmakers also called on the minister of Foreign Affairs, Geoffrey Onyeama to investigate the role of the staff of the Nigerian High Commission in Italy, whom they accused of negligence. "You can't believe that when the relations of this lady were at the hospital, a woman named Deborah and another man called Ifeanyi, the woman told them what she had been put through. She gave them documents to back her claims and told these relatives of hers to run to the Nigerian High Commission in Rome, to inform them of what happened.

Those documents were given to one Madam Martina and Mr. Folorunsho who are staff of the commission. But no one asked after her (Osamese) since 2009. They never went to visit her. They didn't even keep the documents handed over to them. When we demanded for them, they denied ever receiving the documents. For us, the recklessness of the Nigeria High Commission in Italy as at then, caused the terrible situation we see. Assuming they intervened on time, the situation of this woman will not be this bad," Orji added.