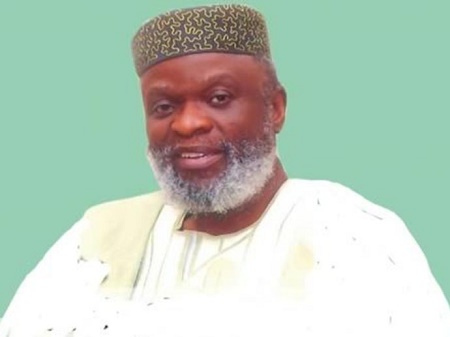 "I was at the dinner. I sat in the front row along with other Principal Officers of the National Assembly.

I had a vantage view of what transpired. I am disappointed by this comment from a respected colleague.

I have on two occasions provided robust defense of Sen Ben Bruce. Not this time!

It was Sen Dino Melaye who first went to greet those seated at the President's table, including President Buhari.

He was well greeted. No one in the senate has criticized President Buhari more than Sen Melaye. But as others rose to do what Dino had done, the scene got clumsy and indecorous because people were approaching the President's table from different directions.

I sat between Sen Olujimi and Sen Bwacha. The three of us felt embarrassed by what was clearly a breach of dinner protocol. At that level, if dinner was served or being served, good etiquette demanded that the President's table should not be approached. One should wait until people had finished eating.

No senator in the USA would breach such elementary protocol. We (on my table) predicted in whispers that colleagues would soon be barred from approaching the President's table and it happened.

The first person to be turned back was Sen Gemade who was visibly embarrassed. He belongs to the APC; he is not a known critic of the President.

When I noticed that most people had finished their food, I approached the table and offered my pleasantries. Others followed suit. No one was turned back."