Sokoto State Gov. Aminu Tambuwal Awards Contracts Worth Over N2bn For Construction & Rehabilitation Of Secondary Schools In The State 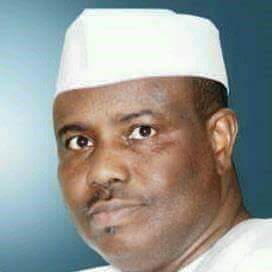 Sokoto State Government has awarded five contracts worth over N2 billion for the construction and rehabilitation of secondary schools.

Tambuwal Stated this in a broadcast to mark his one year in office.
The governor said  out of the amount, the rehabilitation of four schools would gulp over N860 million.

Another contract worth N1.2 billion  has also been awarded for the construction of a new boarding secondary school in Balle, the headquarters of Gudu Local Government area

51 blocks of three classrooms have also been renovated by the state government in a number of local governments.

While some selected rural primary schools at Betere, Rundi, Kwagel, Kubodu and Dankyal, among others enjoyed  the pilot breakfast feedin

"We are committed to continue sponsoring  students of the state  for educational training at all levels, both within and outside the country.And our budgetary provision to the educational sector has exceeded both national and UNESCO benchmark of 26 per cent, that shows how commited we are” Tambuwal said.

The governor said, he declared state of emergency in education in order  to improve enrolment at all stages of education both basic, secondary and tertiary.

Over 17,000 state indigines are presently studying various courses  in  different institution of higher learning  across the country and over N1billion has been spent on payment of school fees and other expenses of state indigines studying abroad .

Tambuwal  added that more teachers would be recruted,apart from the 500 that were recruted in 2015
Loading...