Detained Koffi Olomide Released from Jail a Day After Imprisonment 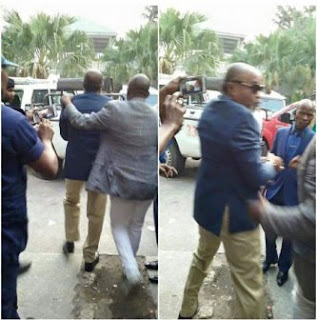 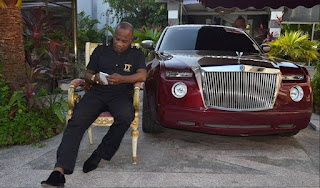 The Koffi Olomide debacle has taken a new twist following reports that the DRC star has been released a day after his sentence.
The 'Selfie' hitmaker was released discreetly on Thursday 10 am.
His alleged release comes a day after he was sentenced to 18 months in jail in a Kinshasa court for assault on a female dancer at JKIA.
His Kenyan promoter Jules Nsana also confirmed the release.


"All I can say is that I am happy for him. Now he can go on with his work as usual even taking into consideration the losses I made owing to his unruly behavior in Kenya.  But at the end of it all we are all prone to making mistakes- and Koffi is no exception," he said.
His arrest in Kinshasa elicited mixed reactions from a large section of Congolese people who felt that he should have been given a second chance owing to the fact that prior to his arrest he publicly apologized to the world, its leaders, women and girls on one of the Congolese televisions.It appears they just wanted to harass him besides proving that he is not above the law. And besides there was no strong evidence against him hence the reason for his release.
Following his release, the musician reportedly called on his Kenyan promoter to inform him of the release besides asking him to once again apologize to Kenyans on his behalf.
Loading...
">