Naval Officer shoots Okada rider in Kogi over past grievance 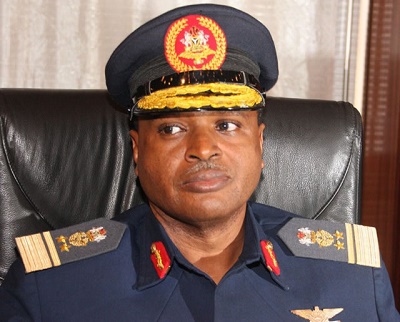 The Network on Police Reform in Nigeria has released a statement calling for an investigation of Navy Commander Otuh Bassey, who shot an okada rider, Muhammed Idachaba, in Idah, Kogi State. Idachaba was shot on Tuesday, 26 July, 2016 after Bassey allegedly frog-jumped him and told him to kneel as punishment for claiming right of way with the naval officer who was riding an SUV. Continue to read statement signed by the group's National Commander, Okechukwu Nwanguma.

"The Naval officer, who was carrying a girl in his SUV, came out from his car and ordered the okada rider to park his bike, and he obeyed. He ordered him to kneel down and he also obeyed, and he then ordered him to frog-match."

NOPRIN said information it gathered showed that the encounter took a different turn when it became apparent that the punishment being meted out to the okada rider was for a past grievance.

The Naval officer reportedly asked if the okada rider remembered what he told him during the last state assembly re-run election at Ogegele.

NOPRIN said the Naval officer told his victim "that he promised that he was going to waste him any moment, and that the time has come. At this point, the Naval officer drew his pistol and started to shoot the boy and that he shot him several times until the boy fell in a poll of his own blood.

"Believing that the okada rider was dead, the Naval officer entered his SUV and drove to a motor park where he dropped off the girl he was carrying in his car and left."

Unknown to the Naval officer, a plain-clothe policeman witnessed the incident nearby. The policeman would later trail Bassey to the motor park. As soon as the naval officer dropped off his female passenger, the policeman arrested her and took her to the police station.

The group said the okada rider was taken to Federal Medical Centre, Lokoja. But the medical centre workers were on strike. He is scheduled to go for surgery on Monday August 12, 2016.

NOPRIN said it considers the action of the Naval officer, a gross abuse of power and disgraceful to the image and professional integrity of the Nigerian Navy.

The group has now called on the Chief of Naval Staff, Ibok Ekwe Ibas, to investigate Bassey for his conduct. It says the Naval officer has to be dismissed or handed over to the police for prosecution.