 Home   SPORTS  “She called me a scammer too because I didn’t want donations to pass through her,” man calls out Aramide, the peddler of the Mayowa scam rumor

“She called me a scammer too because I didn’t want donations to pass through her,” man calls out Aramide, the peddler of the Mayowa scam rumor 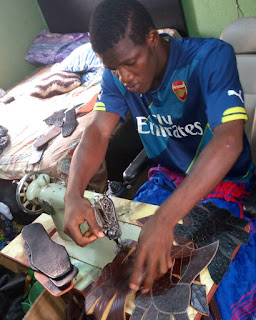 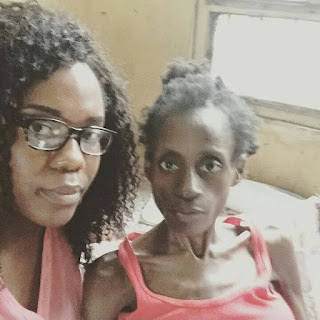 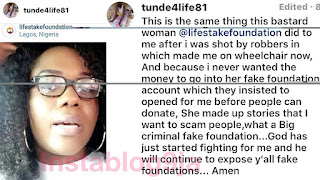 Another man has taken to IG to call Aramide out.According to him,he is paralyzed now because he was shot by robbers and many people wanted to him but Aramide wanted the fund to go through her foundation but he refused.He described Aramide as a thief who later started peddling lies against him.Below is what he wrote.....


'This is the same thing this bastard woman lifestakefoundation did to me after i was shot by robbers in which made me on wheelchair now, And because i never wanted the money to go into her fake foundation account which they insisted to opened for me before people can donate, She made up stories that I want to scam people,what a Big criminal fake foundation...God has just started fighting for me and he will continue to expose y'all fake foundations... Amen
'The bastard thief wanted part of the money that was raised, but mayowa's family refused hence she raised scam story about them....Who would say my condition would be like that to this day, I got a lot of attention from bloggers..the fake foundation came from nowhere and destroy everything(God has just started punishing you people and the thunder that will strike you has just finished doing press_up #Awon Oleburuku Akoshibero (She even get mind to implicate Toyin Infact God punish you ones again) Help me ask WHY SHE DELETED THE VIDEO SHE MENTIONED MAYOWA AS SCAM Anyway, I hand over you over to God'.
Loading...
">