27 year old who died after allegedly drinking concoction given by her pastor, buried amidst tears

Last week we reported the story of 27 year old Maryjane Chinwendu, who died after allegedly drinking a concoction her pastor, Ola Bakare, of Jesus the solution Ministry gave her when complained to having stomach pains (read here). The lady has been buried in her own town Imo State amidst tears.

According to Maryjane's brother Chinonso Izuka, the accused pastor is still at large, while some members of the church and assistant pastor were arrested but released a few days later.

The police has however gotten the phone number of the pastor and have contacted him, asking him to report to the police station in Ajangbandi' 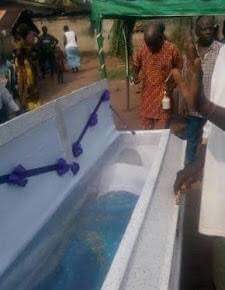 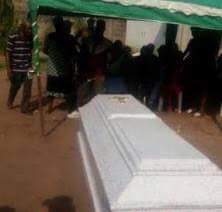 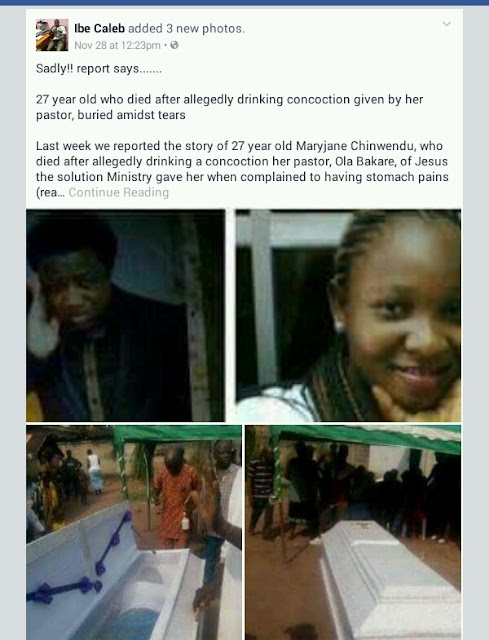