Loading...
Outspoken and controversial senator Dino Melaye has called out Nigerian governors owing civil servants money after receiving huge amounts from FG.He personally mentioned Governor Aregbesola's name,urging him to pay civil servants their salaries in full both at the state and LGAs levels to ameliorate the suffering of our people as directed by the federal government.Below is what he said and how Nigerians reacted...
'The thirty-six states of the Federation collectively received over $4bn being the over-deductions on Paris and London Club Loans on the accounts of State and Local Governments from February 1990 to March 2002. Nasarawa State received over N68bn, CBN confirmed.
Details from both the CBN and Federal Ministry of Finance headquarters showed neighboring States, Kogi received about N80bn, Plateau and Benue got N75bn and N91bn respectively. Meanwhile, the states of Osun and Edo got N84bn and N82bn respectively.
The monies were credited into the respective accounts of all the 36 states of Federation on Monday 21st November, 2016.


While that of Plateau State was paid into a UBA account (1019894291), that of Nasarawa State as confirmed from Govt. House was paid into Fidelity and Skye Banks for State Govt. (N46bn) and Local Govts. (N22bn) respectively.
Regrettably, all the 36 states governors don't want the general public especially civil society organizations (CSOs) to know about these monies, hence the secrecy of the payment.


However, approving the disbursement of this sum of over $4b to all the 36 states in naira, President Muhammadu Buhari directed the States Governors to use the monies to settle the civil servants salaries and welfares.
We hope with this money, Gov. Aregbesola will pay civil servants their salaries in full both at the state and LGAs levels to ameliorate the suffering of our people as directed by the federal government. 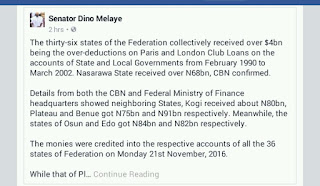 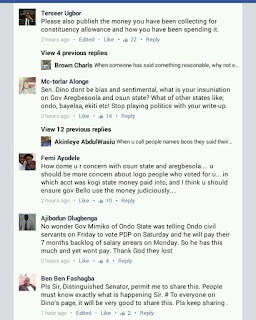 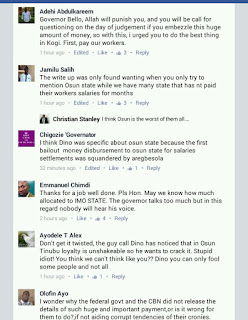 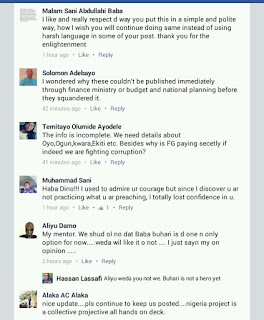 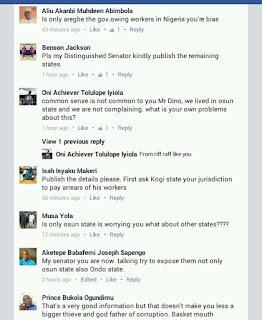 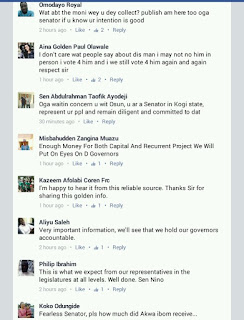 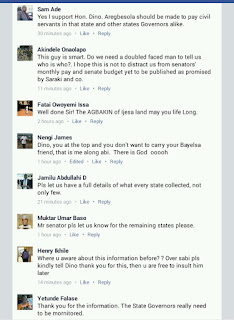 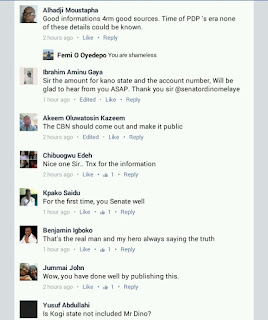 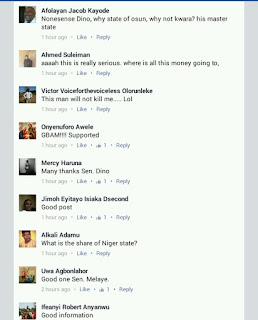