Didier Drogba has confirmed he will be leaving Montreal Impact, when his contract expires in December this year.
The Ivorian striker revealed this after the opening leg of the Eastern Conference final between Impact and Toronto FC, which ended 3-2 in favour of the home team.
“My contract ends at the end of the season and I won’t be returning,” Drogba, who was given a special farewell tribute on the field after the game, said.
“I want to end things well, out of respect for everything the people here, the city, have given me. I was disappointed with the result, but we will do everything to qualify to the final. I don’t think the adventure will end in Toronto.”
Drogba also expressed his hope that Impact will go on and reach the MLS Cup final, with a positive result in Toronto next week.
“I had one and a half years of good emotions. I think we made history,” he continued.
“And when I came here for the first time, last season we played against Columbus in the semifinal and this year we’re in the conference final, so it’s a good progress.
“I’m quite happy with the way things are going and I think I kind of reached the target, but there’s still more work to do. There’s still 90 minutes to play and a lot of things will happen in those 90 minutes. I hope we’re going to be happy by the end of it.”
Drogba signed for the club last year 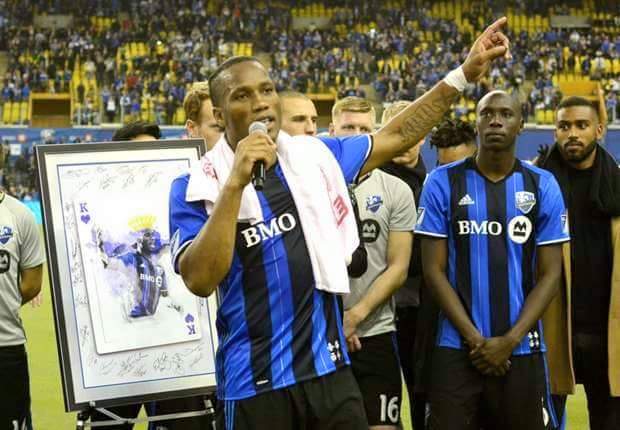