The governor described the federal government’s plan to increase the cost of data as wicked, adding that “Most Nigerians are still alive today because they are kept busy by their access to social media. They relieve themselves of the burden of hunger and despair, placed on them by the federal government’s lack of policy direction by reading news and jokes, chatting with friends, watch comedy movies, etc. Denying them of this opportunity through increment in the cost of internet subscription will mean that the federal government deliberately wants many Nigerians, especially the youths to die of depression.”

He hailed the Senate for directing the National Communication Commission (NCC) to suspend the planned increment, saying; “The government must be sensitive to the plight of the people. Today, despite all the taxes and increments in services rendered by federal government agencies, minimum wage has remained at N18, 000 while millions of jobs have been lost. Do they want Nigerians to pay with their blood?”

In a release issued in Ado-Ekiti on Wednesday, by his Special Assistant on Public Communications and New Media, Lere Olayinka, Governor Fayose said “If the only way the federal government believes it can take Nigeria out of recession is to impose obnoxious taxes that will further impoverish the people, the federal government is not being fair to Nigerians.”

“It is also under this APC government that N65 levy was imposed on every withdrawal on ATM, various bank charges introduced, custom duties increased, increment of VAT from five per cent to 10 per cent contemplated, cost of vehicle plate numbers and drivers licence increased, and now cost of internet subscription is to be increased too.

“Is this government out to tax Nigerians to death?”

While condemning the proposed increment in the cost of data, Governor Fayose said it was strange that the federal government came with the idea less than three weeks after the Minister of Information and Culture, Lai Mohammed complained about the damage being done to the image of the Buhari’s government by the social media.

“They tried to gag Nigerians, using the failed social media bill, now they want to use increment of internet subscription to achieve what they could not achieve with the social media bill last year. Nigerians must say no to this and I am standing with the youths of Nigeria to say no to any increment in the cost of data,” Fayose said. 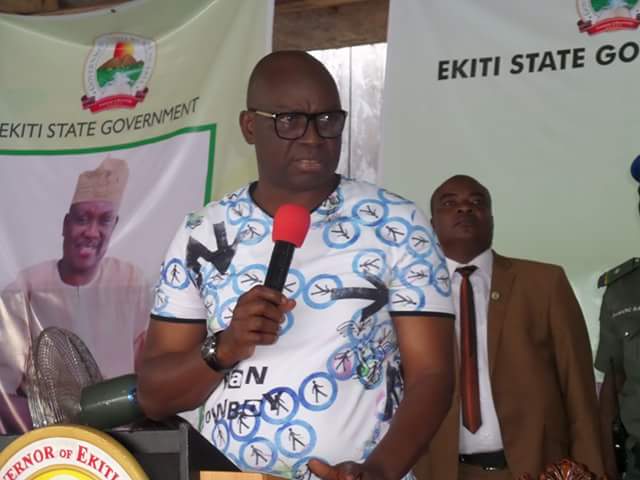 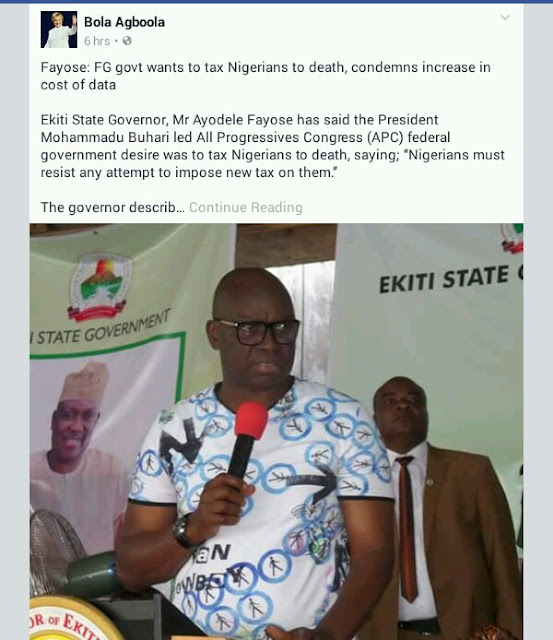