Loading...
Fayose promises to re-open "Fayose Market" within the next 48 hours if his conditions are met
Governor Ayodele Fayose has promised to re-open within the next 48hrs Fayose GSM Market, Ado-Ekiti that has remained under lock and key for more than one week if his conditions on cleanliness and decorum are met by the traders.
The governor said this after a meeting with traders from the market at the government house on Monday. The governor had directed the closure of the market about two weeks ago after some unscrupulous elements in the market stabbed a government official who was on official duty in the market.
Here are snippets from the meeting:


1. Mr. Kehinde Badmus, President, Fayose Market Traders' Association(FMTA) expressed regret that a representative of the government was attacked and promised such will never repeat itself.
2. Badmus said they were at the government house to beg the governor for forgiveness.  He thanked the governor for his effort at upgrading the market to one of the best in Nigeria(he described the market as the second largest phone market in Nigeria after the popular computer village in Lagos).
3. Governor Fayose in his response said he will not compromise standard in making the market one of the best in Nigeria.  He said he would not allow anyone destroy his handiwork while alive. He recalled how he tarred the parking lots in the market within his first 100 days in office during his second coming. He said, "I  started the renovation of that market, if you want to enter that market before during rainy season, you have to roll up your trouser, nobody dare park inside that market,  it had become a shanty, I came, I renovated the market and put asphalt everywhere.


"I brought that bank(Access Bank) to make life easier for you, did I ask you to contribute money? (No). I gave #2.1m to the ministry of Water resources to run a pipe directly from waterworks to the market, we are only awaiting connection. I didn’t ask you to pay for all these, you are the ones doing business and making profit in that place but I say I want a market that is well kept, you can't take that away from me, I will keep closing that market until you get it right.


4. The governor condemned practices such as cooking inside shops(which could cause fire outbreak), dumping of refuse inside canal and indiscriminate placement of containers in the market stressing that he won't allow sanitation and neatness be compromised in the market.
5. Governor Fayose charged the leadership of the market to stand firm and enforce discipline. "If you have any problem implementating good policies in the market, come to me, I will close that person's shop. Tell the bad elements within the market that they can't operate in the market anymore.  Anyone giving you problem will be banned from the market, two masters doesn't stay in a ship", the governor told the president.
6. The governor said a day must be set aside for sanitation.
7. Governor Fayose directed that one of the two gates leading to Irona be blocked to enhance security. He called on traders to give him genuine information about touts and bad elements in the market with a promise to flush them out immediately.


8. Contributions and suggestions  from  traders.
9. Chief Mrs. Funke Anjorin who affirmed that  Cleanliness is next to Godliness in her vote of thanks reiterated the traders' love and support for the Fayose administration. She thanked the governor for his efforts at making the market an enviable model in Nigeria. 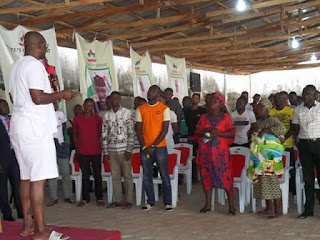 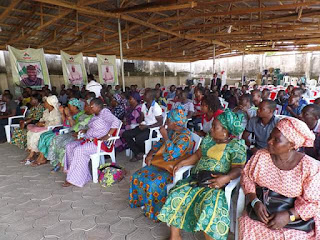 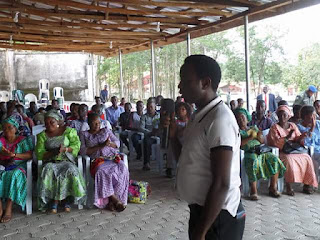 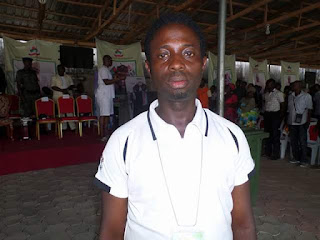 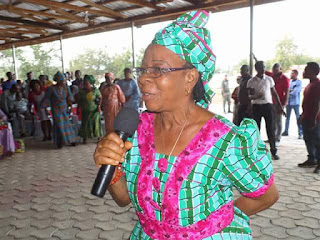 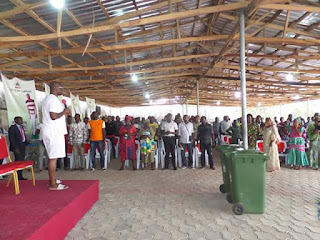 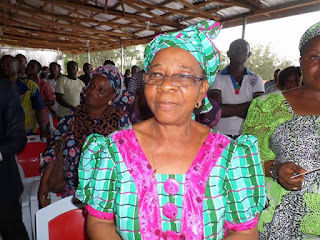 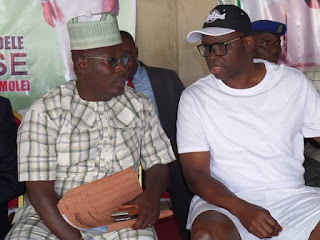