According to the information shared by Yusuf,Khadija,the little girl that was kidnapped by a woman in Kuja recently has been found dead.Her corpse was found last Saturday under Gwagwalada   bridge.Below is what he wrote..

'Our little baby sister, our beautiful princess, was found dead last Saturday under the Gwagwalada   bridge. May Allah al-Wadud, ar-Rahman take His little Green Bird
CLOSE to Him Jannah al-Firdaus.
AMEEN
May He as-Sabur grant her parents and relatives SABR
and strength in these hard times due the loss of their
beloved one.
AMEEN
May He al-Mu'mit take GOOD care of those, who are
responsible for her too early death.
AMEEN
May He al-Hafiz protect our little one's from any harm
AMEEN
JazakAllah khair  to all, who prayed for her, when she
was lost after being kidnapped by a woman' 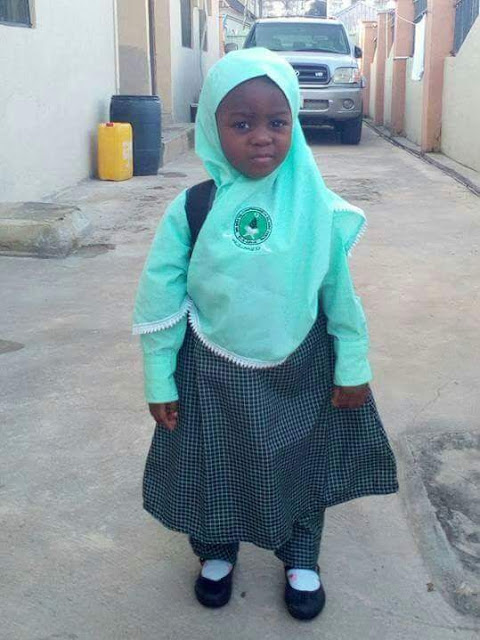 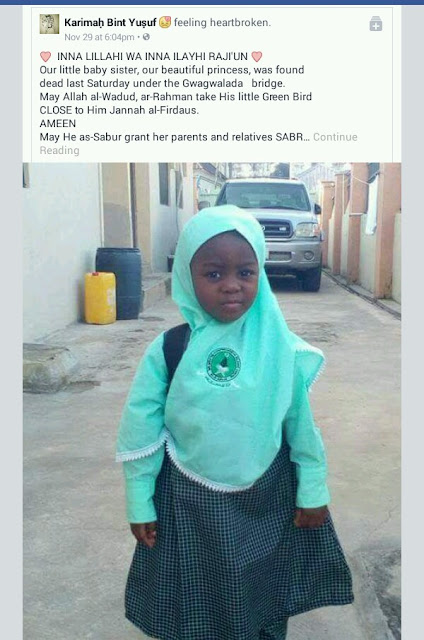