Luck smiled on two teenage hawkers in Abakaliki on Tuesday as Governor David Umahi doled out N1m to them.

The two children, Ukamaka Ikema and Chimuanya Nwarie, had run into the governor who was inspecting the Akanu Ibiam roundabout flyover along the Transahara Expressway in the city.

Ukamaka,  aged 10 is a primary three pupil of Ezikwo Primary School   while   Chimuanya, who is 12,   is  a JS I student of Evangel Nursery,Primary and Secondary School  in the state capital.

Governor Umahi, who was in company with his deputy, Kelechi Igwe, and some members of the state Executive Council, had on noticing that his security aides frightened the children, directed his orderly to bring them to him.

After interacting with Kamala, who was hawking sachet water, the governor asked his ADC to deploy a patrol vehicle to go and   pick up the parents of the teenagers from their homes. The children had told the governor that they had closed from school before hitting the streets to hawk.

A statement on Wednesday by the governor’s Chief Press Secretary, Emma Anya, explained that at the Government House, Umahi interacted with the mothers of the two children, warning them against sending their wards to hawk. After hearing the plight of the children’s parents, he approved N500,000 for each of them   for the upkeep and tuition of the two children.

Umahi told the parents to deposit N200,000 each in their banks and use the balance of N300,000 each to start small scale business. The women were also offered temporary appointments by the governor.

Before they left the Government House, accounts were opened for the two children by officials of Zenith Bank.

The  mothers of the two beneficiaries, Mrs. Blessing Nwarie and Mrs. Ada Nwota, both natives of Okposi in Ohaozara Local Government Area could not hide their  joy as they  praised  and thanked the governor  for his kind gesture.

They said they were convinced that Umahi was sent by God to uplift the downtrodden in the state.

“I pray the Almighty God to continue to shower his blessings and wisdom upon our amiable governor and family,’’ Mrs. Nary said.

Kamala and Nwarie, in their separate remarks, thanked    Umahi and promised to be good children. 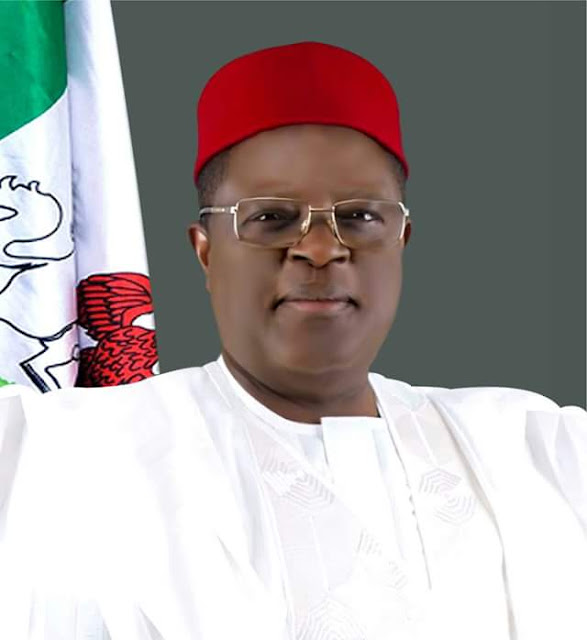