The Crew have visited Sabmiller Breweries, Krisoral, Pokobros amongst many other industries in Onitsha where Prof Osibanjo laid the foundation stone for Eastern Distillery & Food Industries... Next stop is Nnewi!

Recall that the Vice President’s visit is in response to a formal invitation by the Governor of Anambra State, Chief Willie Obiano who had assured the business and industrial communities in the state that he would take their complaints on the various challenges they were facing in the state to the Presidency for the necessary response. Governor Obiano had made the assurance during the series of meetings he held with different segments of the society when he rolled out the Economic Stimulus Package to cushion the effect of the current recession in the country.

In this tour are members of the State Exco; Members of National Assembly including Hon Dozie Nwankwo, Hon Gabriel Onyenwife, Hon Chris Azubuogu, and many other dignitaries. 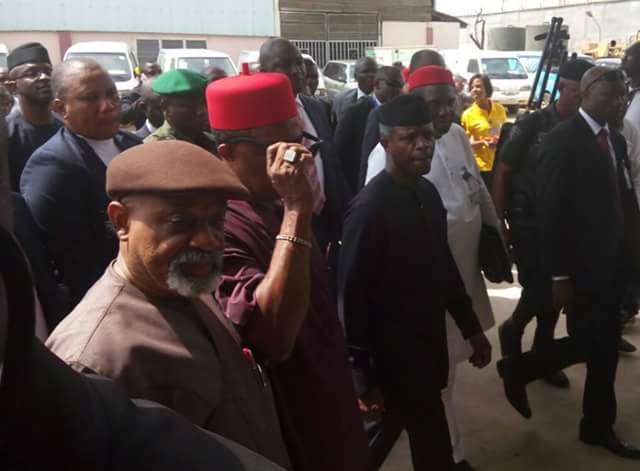 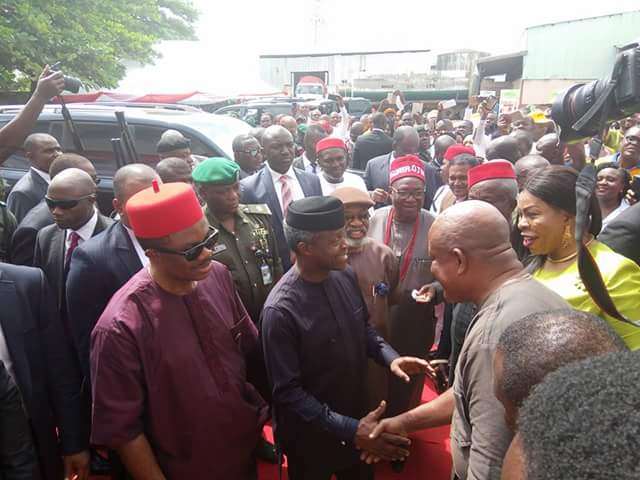 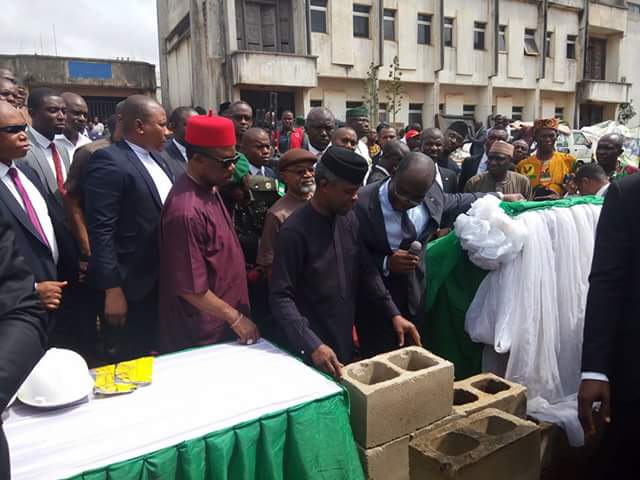 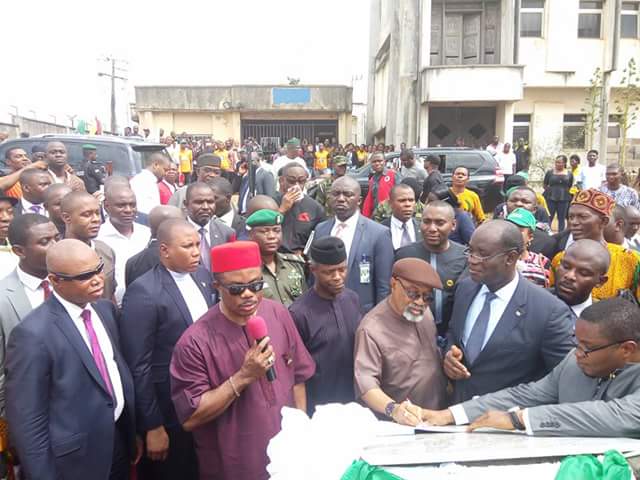 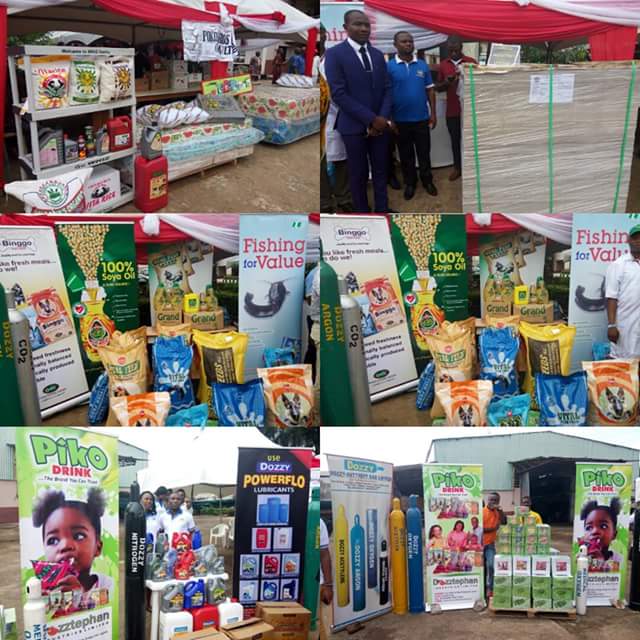 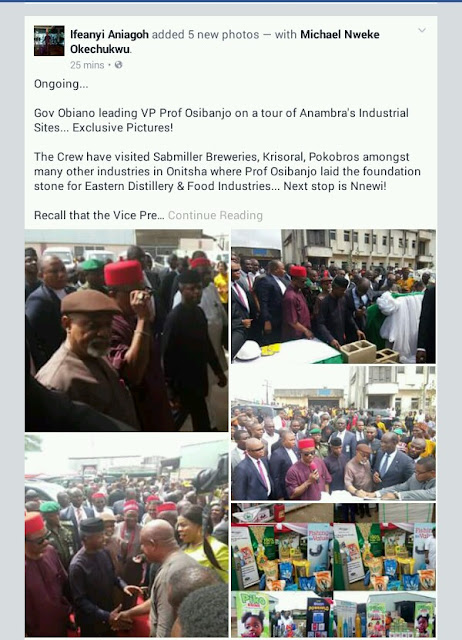