While Ondo Election Is Ongoing,PDP Releases A Shocking Statement,Says INEC Is Unprepared

1.  Early observations from the Conduct of the Ondo State Gubernatorial Election has shown several irregularities and poor preparations on the part of the Independent National Electoral Commission (INEC) as well as men and officers of the Nigerian Police and other security agencies.

3.    In Ward 2 of Akure South Local Government Area, Tunji Light-Ariyo, a known Chieftain of the All Progressives’ Congress (APC) was recorded campaigning on behalf of and canvassing for votes for the APC candidate – Chief Rotimi Akeredolu – at PUs 28, 29, and 30 in spite of the prohibition of such actions by the Electoral Act 2010 (as amended).

The recording of this event also clearly show several police officers and men of other security agencies standing by and doing nothing while this was going on. In fact the video shows that the police men were providing security cover for him.

4.    We view these incidents for what they are – violations of the law and evidence of the plots to rig the elections in favour of Chief Rotimi Akeredolu.

5.    We reiterate our earlier warnings that we will not stand by and watch anyone tamper with the democratic process and subvert the will of the Ondo people. 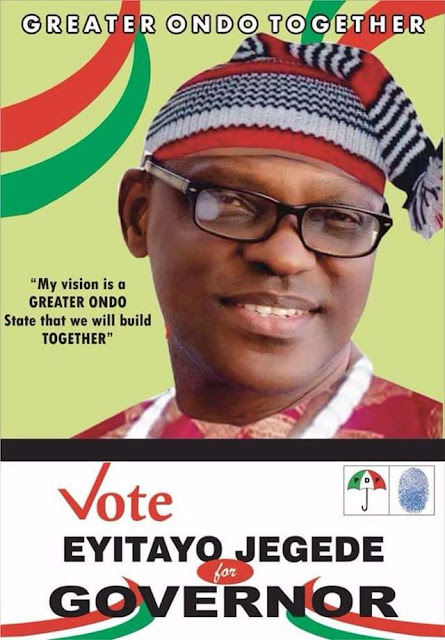