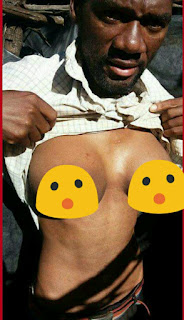 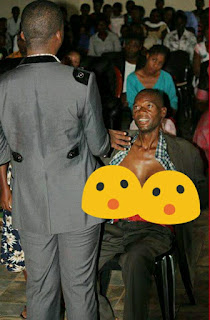 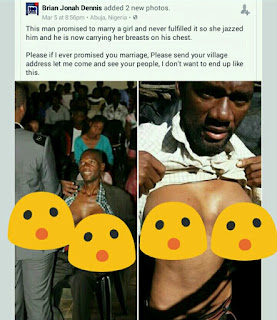 I don't know how true is this story but according to Dennis who shared the story,a man was 'jazzed' by a lady after he failed to marry her.He later developed female pattern of breasts.

I know that medically there is a condition known as gynecomastia where a male develops female type of breasts due to excessive female hormone secretions.But a good look at the man reveals that he has hairs on his face(bears and moustache).If it is really excessive female hormones,I don't expect him to have those hairs on his face.I may be wrong.Doctors in the house can give us a better explanation.