Maame Akua Pretty Queen, a Ghanaian lady on the 20th of March, 2017 took to her Facebook account to publicize her s*xual interest which unsettled her male friends.

According to the dark-skinned lady who is endowed on both sides of her body, she wanted a man who could be industrious with his tongue in the ‘other room’.

“I need a guy who can lick me and my an*s 24hrs before he f*ck me,”were her words thereby causing a stir online. 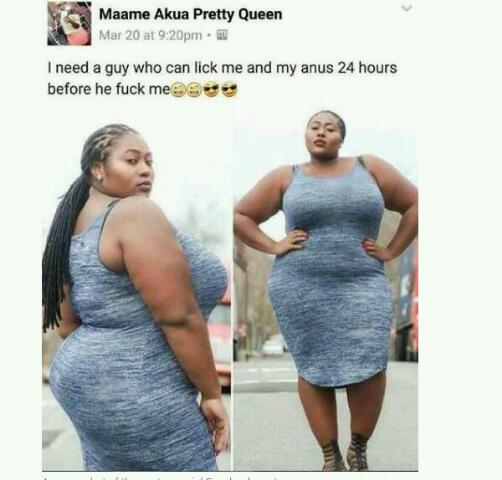