Fayose had on 31st January, 2017 during the Association's Exco Inauguration in Ado-Ekiti promised to improve members' business with #10m revolving loan that will benefit members across the 16LGAs.

While presenting cheques to the over 500 beneficiaries who came from across the 16 Local Government Areas at the Government House in Ado on Thursday, Governor Fayose said the gesture was in fulfilment of his promise to them during their inauguration.

The governor explained that the initiative was also in line with the  stomach infrastructure programme aimed at supporting their business. Mr Fayose urged  beneficiaries to refund the loan as and when due so others can benefit.  He urged those without voters card to take advantage of the registration which will commence on 27th of April, 2017  by INEC.

In an interview with  some of the beneficiaries, Mrs Ajanaku Oluwatoyin and Adebowale Adeyemi who described governor Fayose as a promise keeper thanked him for the gesture. 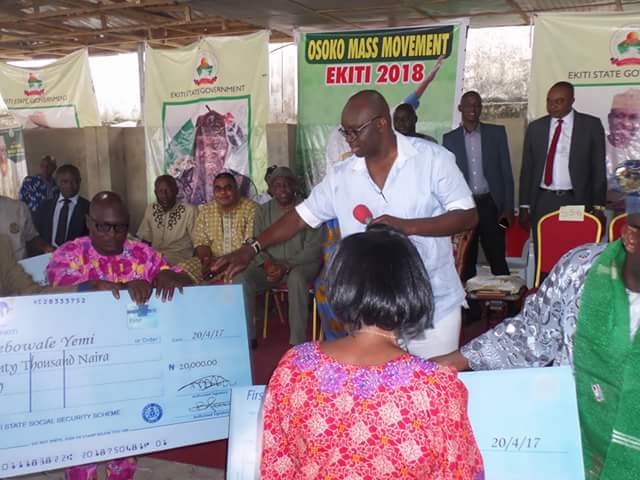 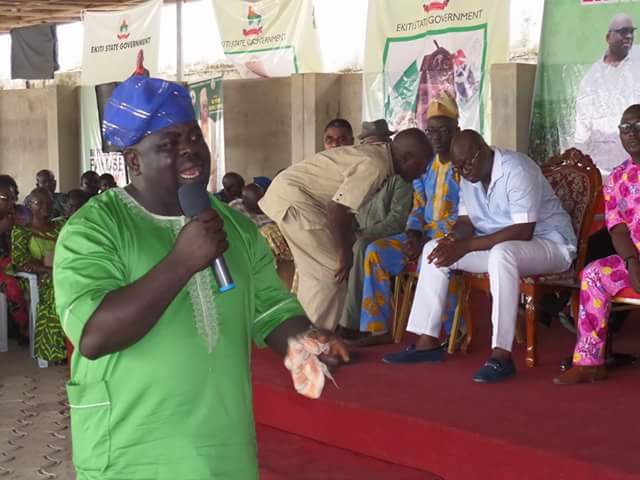 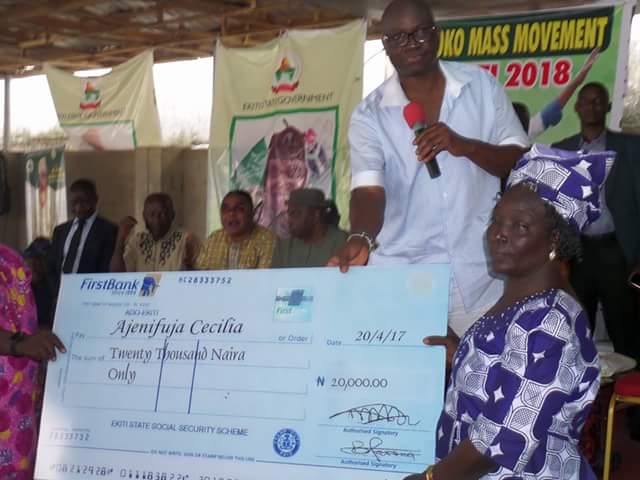 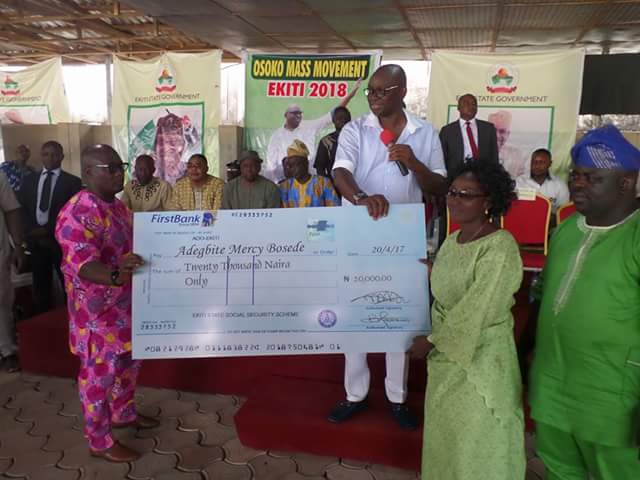 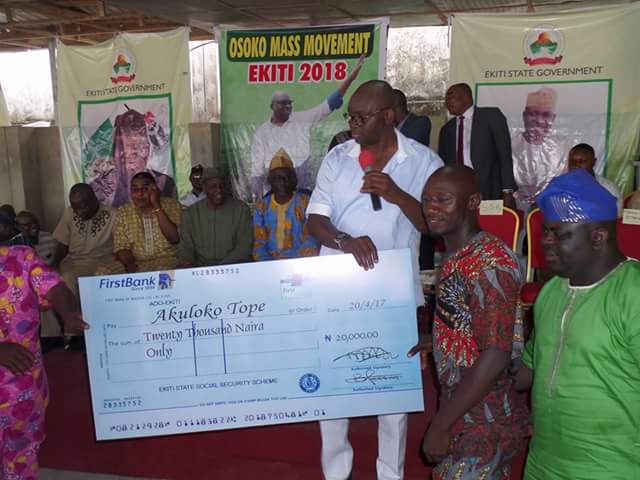 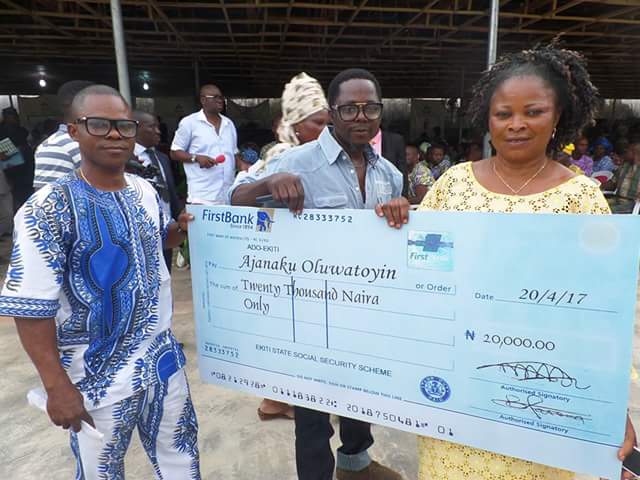 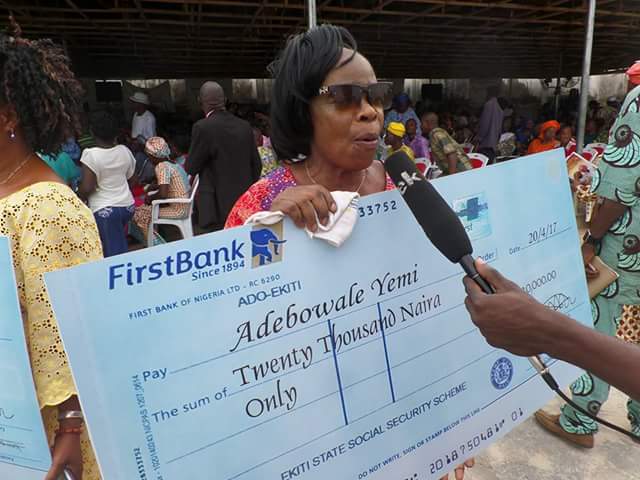 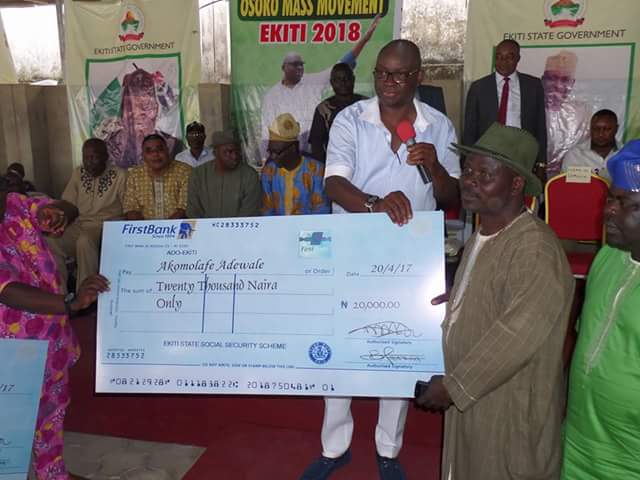 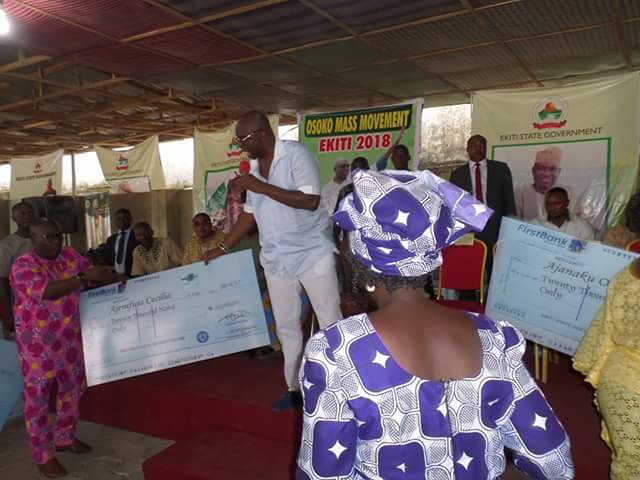 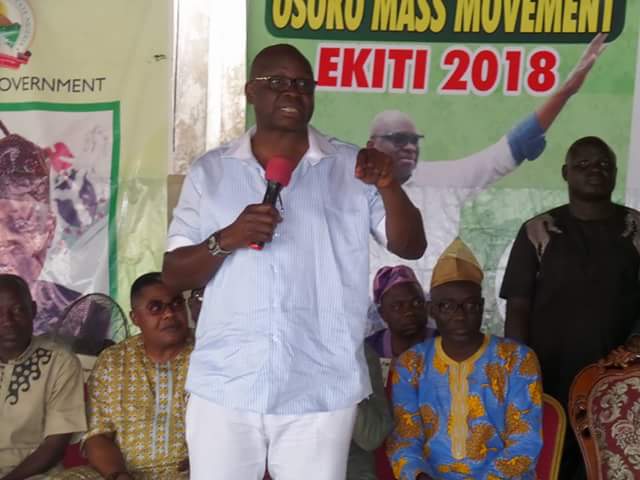 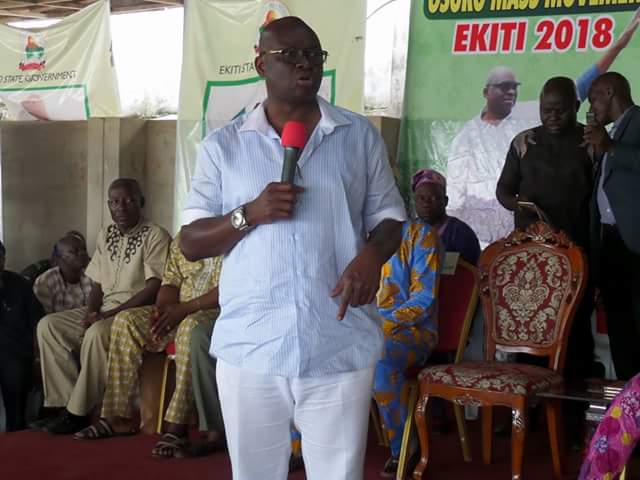 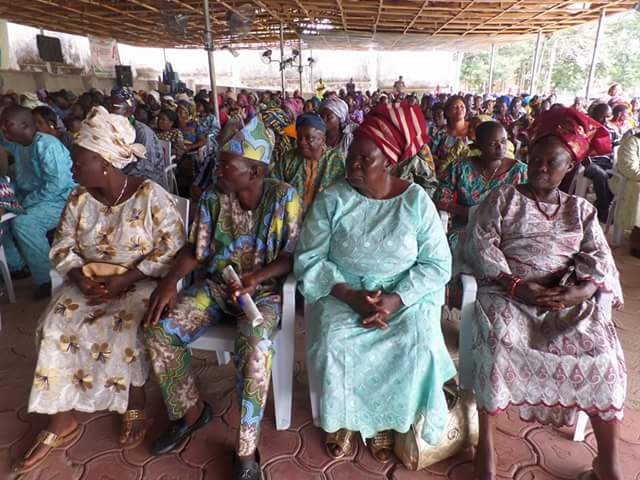 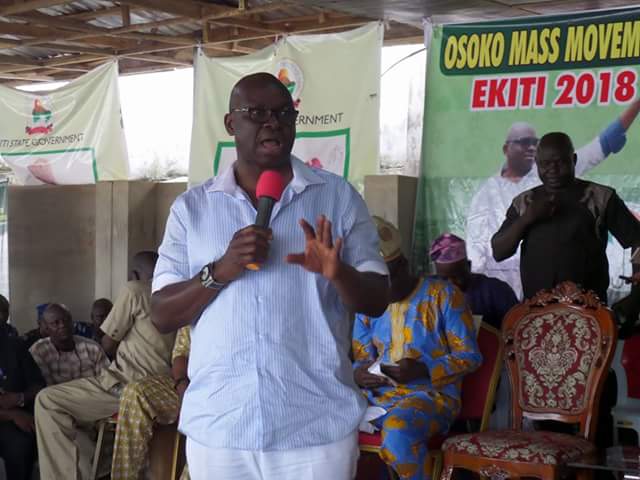 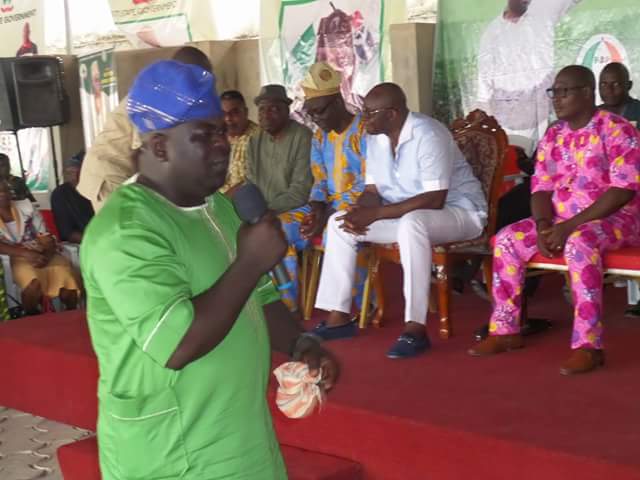 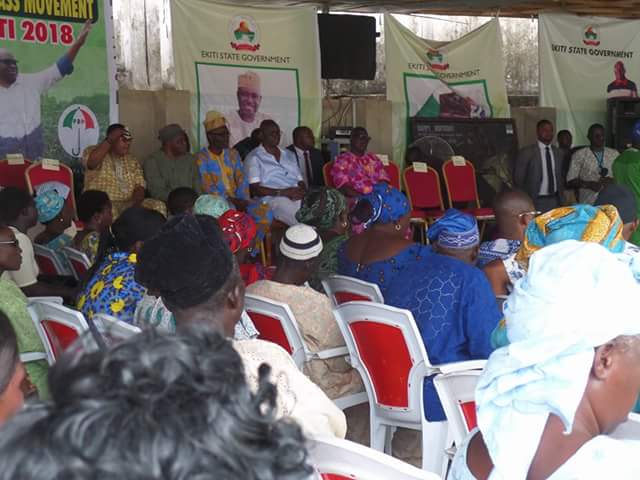 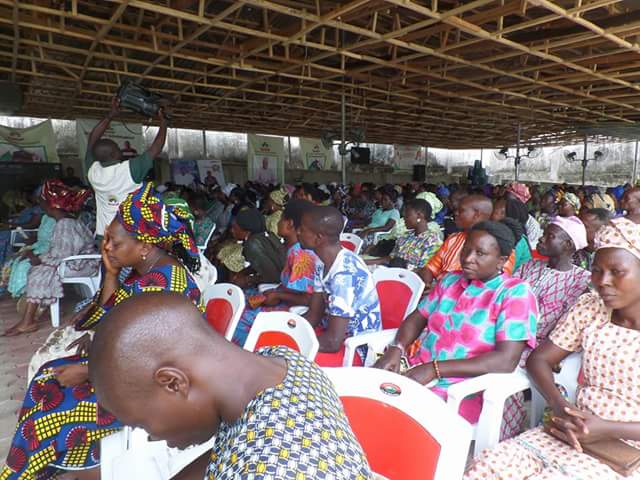 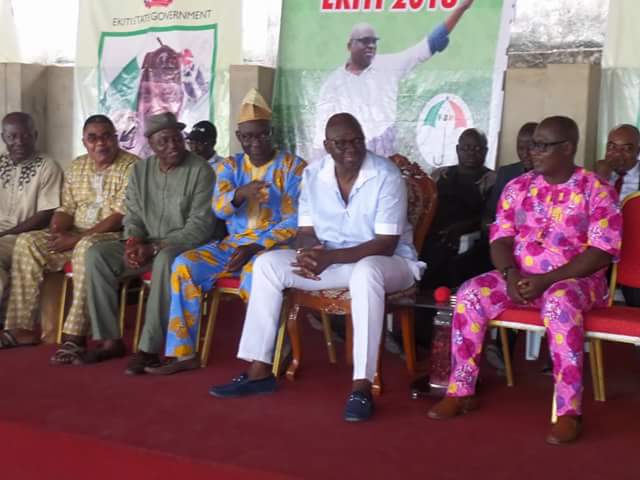 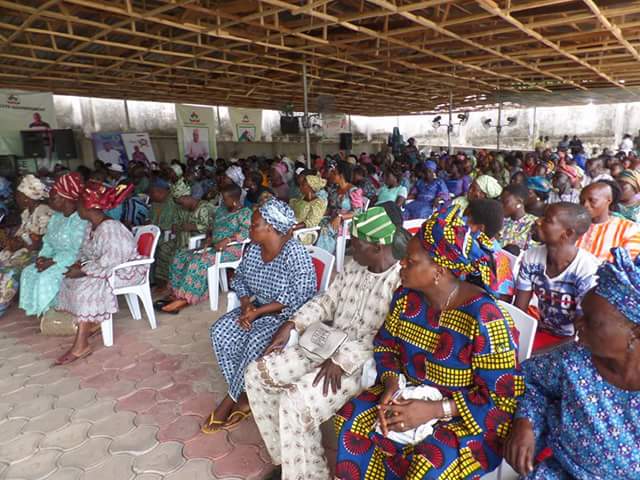 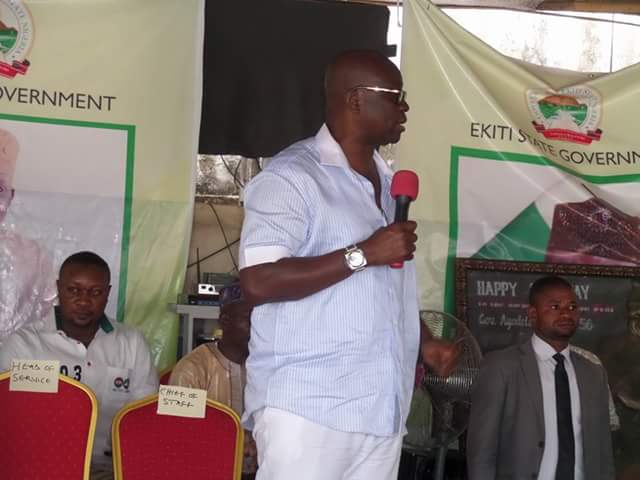 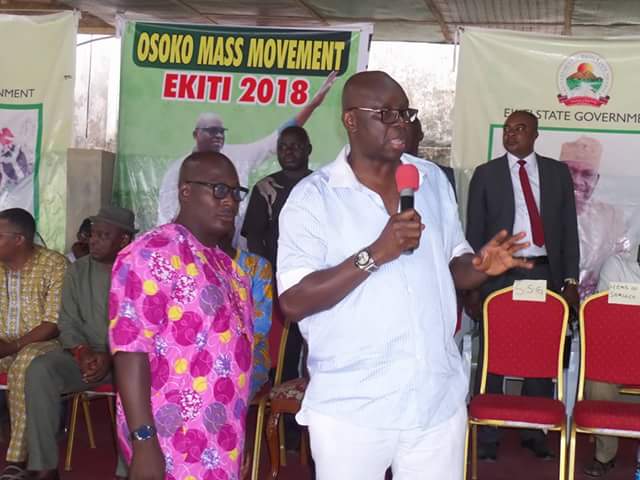 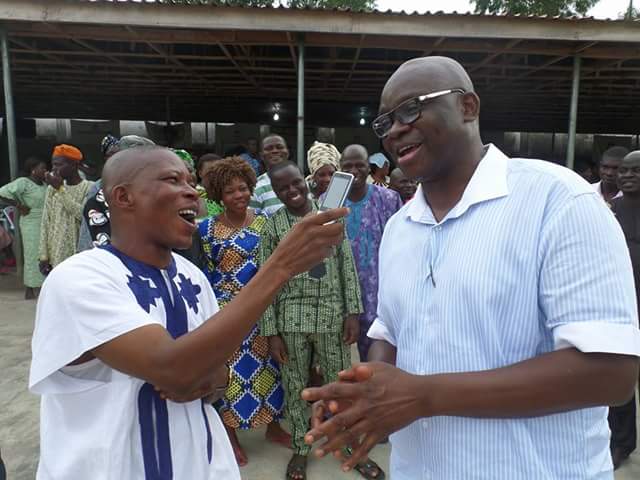 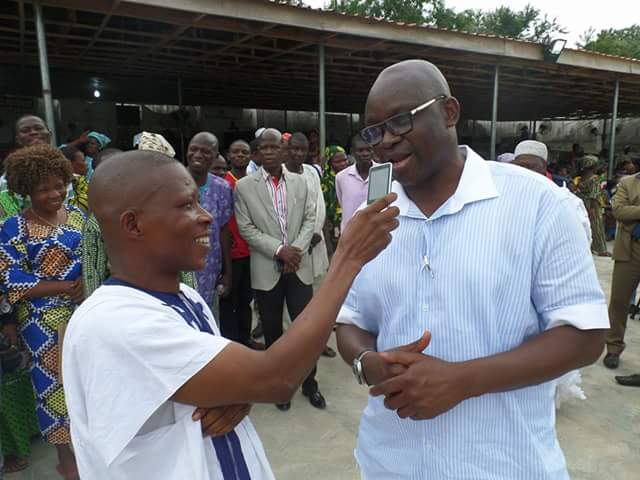