ABUJA – The Coalition of Northern Groups CNG has withdrawn the “quit notice” it issued Igbos resident in the region, but asked the Federal Government to arrest the leader of the Indigenous People of Biafra IPOB, Nnamdi Kanu saying the time has come to curtail his excesses.
At a press conference attended by the Chairman of the Northern Governors Forum and Borno state Governor, Kashim Shettima, Sen. Kabiru Gaya and other northern leaders, Thursday in Abuja, the group however said it would continue to pursue its other demands up to the United Nations.

“Mindful of the concerns generated by the clause in the Kaduna declaration that advised the Biafran Igbo to relocate from northern Nigeria and for northerners in the South East to do likewise, and our commitment to the unity of our dear country,n we immediately opened channels for dialogue and interaction with government agencies, national and international groups, institutions and figures.

“Admittedly, we came under intense persuasive pressure from genuinely concerned national, political, traditional, religious and cultural leaders prominent among which were; a section of the Northern Governors Forum under its Chairman, Gov. Kashim Shettima of Borno state, northern traditional rulers and the Department of State Services DSS.

“Most significant was our correspondence with the then Acting President, Prof. Yemi Osinbajo and most recently our interface with the Presidency through the Special Assistant to the President on Political Matters.

“In the meantime, we shall firmly pursue our petitions to the United Nations and the Nigerian federal authorities calling for the appropriate sanction of Nnamdi Kanu, other IPOB leaders and their sponsors in addition to labelling them a terror outfit”.

The CNG also listed several terms which it asked the government to consider. It said the federal government should allow and support the Igbo to hold a referendum on secession.

“Taking all other issues raised in the Kaduna Declaration over the past few months, vis a vis the effort by various government and non-governmental bodies to engage us in dialogue, we submit that there is the need to look at the following issues holistically as safeguards against future ethnic tensions:

“Allow the Igbo and support them to hold a referendum to decide their future either as Nigerians or as Biafrans in view of the fact that the population of the Igbo that supports Biafra is far larger than the few who appear to be against it. Failure to do that will only douse this tension temporarily while they regroup to prepare for the war, they have always craved and openly called for. We are opposed to war with any part of this country and we are opposed to any situation that will lead to war.

“One of the key reasons why Biafra should be allowed to hold a referendum is because the principle of self-determination has, since World War 11 become a part of the United Nations Charter, which states in Article 1 (2), that one of the purposes of the UN is “to develop friendly relations among nations based on respect for the principle of equal rights and self-determination of people.”

“And by virtue of Nigeria being a signatory to the various international conventions that entrench the right of a people to self determination; we submit that it is only proper for Nigerian authorities to reflect that right in the ongoing constitution review or in the alternative, rescind its endorsement of the said conventions.

“If for any reason a referendum cannot be held for the moment, we insist the Igbo both in the Southeast and in other parts of Nigeria including all elected and other office holders be made to discard totally any idea of Biafra and to show practical actions to prove that they believe in one Nigeria.

“Relevant law enforcement agencies, should carry out a careful, lawful and purposive search of all suspected premises in the north in which IPOB sympathizers might be amassing arms. This is necessary because since the declaration of war by IPOB, there had been cases of interception of caches of arms concealed and smuggled into some parts of northern Nigeria. Let it be known, that it is illogical to wait in this obvious and clear state of danger until the secessionist unleashes terror on innocent people and communities. By extension all unlicensed arms and ammunition should be mopped up by the authorities. And if there is a counter suspicion of northerners in the East amassing arms, they should also be searched and confiscated.

“We insist on immediate steps to be taken for the arrest of Nnamdi Kanu and for his appropriate prosecution while calling on the Nigerian Senate to demand that all Senators who stood surety for him in court rescind their bond or be suspended accordingly.

“Total closure of all the open drug markets operating in Northern Nigeria and the immediate implementation of the National Drug Distribution Guidelines NDDG as contained in the 2nd Edition 2012 developed by the Federal Ministry of Health which did not include the Co-ordinated Wholesale Centres CWC. This is the guideline which provides a distribution channel which is in consonance with the national drug policy and the implementation of which is empowered by the Constitution of the Federal Republic of Nigeria. To achieve this, all the states in northern Nigeria, should establish and strengthen the state task force on counterfeit and fake drugs and unwholesome processed foods, revoke all land titles where drugs are being sold and review the laws to provide stiff penalties for offenders.

“The government should come up with clear laws on hate speech, which should remain in place to contain other individuals or groups whose way of agitation is to engage in hate speech capable of disrupting peace and harmony”. 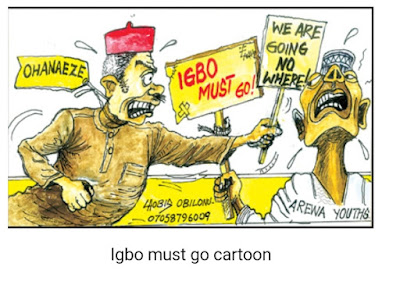