Chelsea produced a dominant home performance to comfortably beat Everton for their 2nd win of the Premier League season. Cesc Fabregas broke Everton's resistance by coolly clipping into the bottom corner from Alvaro Morata's instinctive knockdown, ending a smart move that began with a quick free-kick.
Morata's thumping header doubled Chelsea's lead before the break, the Spaniard gleefully finishing from Cesar Azpilicueta's perfect cross. Everton did not get a sight of goal until Sandro's poor scuffed shot was deflected wide shortly after the break, a move that was only started by Azpilicueta's mistake.

In truth, Chelsea really ought to have scored more; Victor Moses shot straight at Jordan Pickford when played through,&Pedro drove just wide after nutmegging Gylfi Sigurdsson on the edge of the box. The Toffees, playing their 3rd tricky away game in 7days, have now failed to win in their past 23 league matches at Stamford Bridge. For Chelsea, this was the perfect follow-up to last weekend's impressive victory over Tottenham at Wembley. After suffering a shock defeat by Burnley on the Premier League's opening weekend, Chelsea needed a performance that was more in tune with the home form of last season's title win.

They got it. Right from the outset there was an intensity to their passing, movement&pressing that was only matched by the animated Antoino Conte's cajoling on the sidelines. Everton, perhaps fatigued having followed their draw at Man City on Monday with Europa League progression at Hajduk Split on Thursday, could not hold them back for long. Morata was the only Chelsea player on the pitch who had been slow to make an impression, but he reacted impressively, after Ashley Williams blocked his initial pass, to set up Fabregas perfectly for a richly deserved opener.

The former Real Madrid striker looked to be struggling with the physicality&pace of the opening stages, but in scoring his header he became the 1st player in Premier League history to both score&assist a goal in each of his 1st 2 home games. The reigning champions of England's top division have never lost their opening 2 home fixtures of a top-flight season,&by the time Morata was roundly applauded as he was replaced by Michy Batshuayi, Chelsea were heading for a straightforward victory. 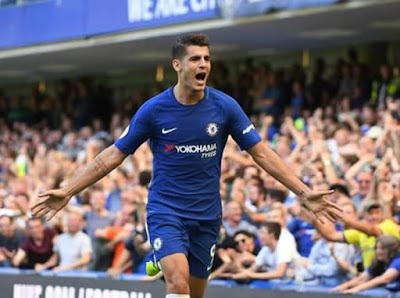 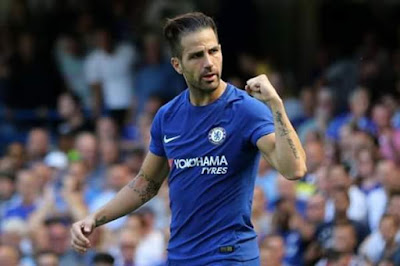 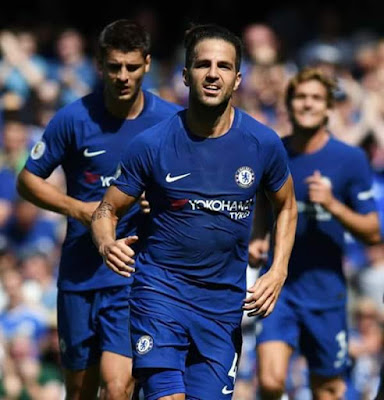 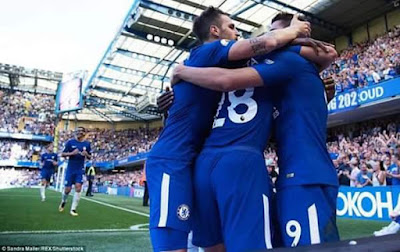 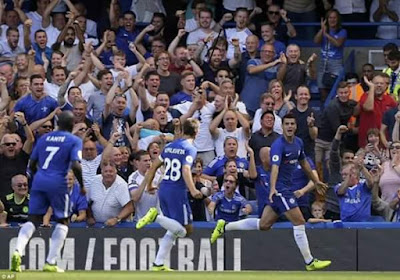